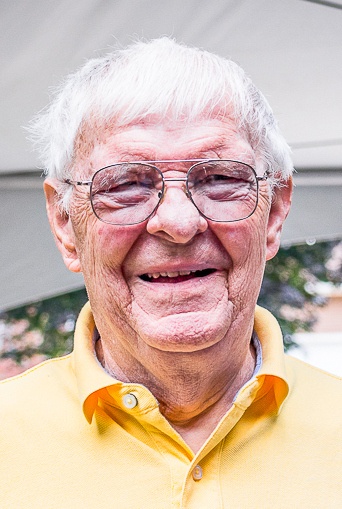 DAVIS, William F. "Bill", 86, of Springfield, passed away Sunday, July 14, 2019 in Oakwood Village. Bill was born August 23, 1932 in Clinton County, Ohio to Lloyd and Eva (Morford) Davis. He was a veteran of the United States Navy and was the Director of Patient Accounts for Community Hospital for 29 years. Bill was a true gentleman. Because of his sweet nature he made a lasting impression on others. He was a loving husband, father, and brother. Survivors include three children, Deborah (John) Miller, David (Diana) Davis and Dawn (Mike) Clemens; four grandchildren; five great grandchildren; his "big" brother, Clarence "Joe" Davis; and several nieces and nephews. He was preceded in death by his wife of 64 years, Mary, in 2015; and a brother, Cecil Davis. A Mass of Christian Burial will be held on Saturday in St. Teresa Church at 11:00 a.m. Visitation will be held one-hour prior, beginning at 10 a.m. in the church. Burial will be held in Miami Cemetery at a later date. Memorial contributions may be made to Catholic Central School. Arrangements by CONROY FUNERAL HOME.
To order memorial trees or send flowers to the family in memory of William F. "Bill" Davis, please visit our flower store.