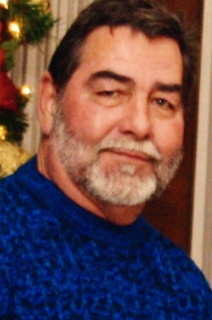 Adams, William "Bill" T., 69, of Springfield, passed away on Monday, January 7, 2019 in his home. He was born in Springfield on December 29, 1949 the son of William T. and Patricia (Counts) Adams. He worked for Adams and Sons Excavating for many years and then for Kapp Construction for more than 20 years. He was a veteran of the U.S. Marine Corps. Survivors include his two children, Doug Adams and Debra Foster; two siblings, Russ (Rosemary) Adams and Carol (Rodney) Kelly and best bud, Kathy Sahle. He was preceded in death by his two brothers, David and Michael Adams. His funeral service will be held at 10:00 a.m. Saturday in CONROY FUNERAL HOME with Rev. Orbie Estep officiating. Visitation will be one hour prior to the service. Burial will be in Maple Grove Cemetery, Mechanicsburg.
To order memorial trees or send flowers to the family in memory of William "Bill" T. Adams, please visit our flower store.