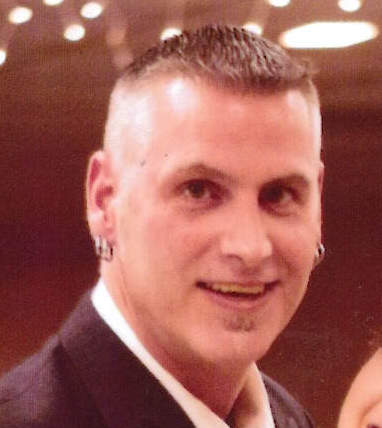 SHOEMAKER, William F. "Bill", 46, of South Vienna, passed away on Tuesday December 11, 2018 in Springfield Regional Medical Center. Bill was born January 15, 1972 in Springfield, Ohio to Edward and Mary (Justice) Shoemaker. He was a 1990 graduate of Northeastern High School, and later worked at Honda for 24 years. He loved to hunt, fish, ride his motorcycle and play poker with friends. He was also an avid Michigan fan. He was a member of the Buckeye Club, Machinist Club and Union Club. But more than anything, he was a great father, son and brother. In addition to his parents, Ed and Mary Shoemaker, survivors include three children, Tyler Shoemaker, Erin (Alex) Gragg and Lucas Shoemaker; one sister, Tracy Shoemaker; and several aunts, uncles, cousins and many friends. He was preceded in death by his maternal grandparents, Herman and Alberta Justice; fraternal grandparents, John and Opal Shoemaker; and an aunt, Arlene Crutchfield. Visitation will be held on Friday from 4 - 7 p.m. in the CONROY FUNERAL HOME. His funeral service will be held on Saturday at 11:00 a.m. in the funeral home with Pastor Derek Drewery officiating.
To order memorial trees or send flowers to the family in memory of William "Bill" Shoemaker, please visit our flower store.