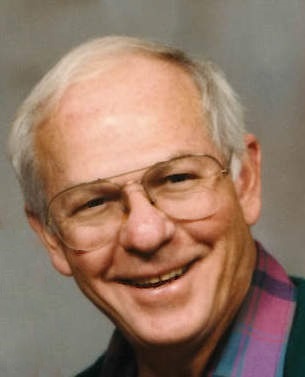 GOLDEN, Wilfred Joseph "Bill" was born July 5, 1934 to Edith (Meehan) and Raymond Golden in South Vienna. Bill was a graduate of Catholic Central High School and Wittenberg University. He served in the United States Marine Corps and was a member of the Knights of Columbus. Bill was employed as an engineer, retiring in 1995. He was a member of St. Teresa Parish for 40+ years, was proud to be Irish and enjoyed the annual Irish Fellowship event. Bill is survived by his wife of over 40 years, Patricia (McCoy); two children, Robert J. Golden (Liz Limber) of Dayton and Cheri (John) Davenport of Aransas Pass, Texas; granddaughters, Jessica (Tom) Fulton of Indiana, Katelyn and Sierra Golden; grandson, Hayden Golden all of Aransas Pass, Texas; six great grandchildren; sister-in-law, Marjorie Golden; niece, Susan (John) Leep and nephew, Michael Golden. He is also survived by his special friend, Robert Stelzer, who remained close to him over his lifetime. He was preceded in death by his parents; sister, Dorothy Gochenour; brother, Robert Golden; step-son, David Hayner and brothers-in-law, Michael McCoy and Eddie Gochenour. A private service will be held at CONROY FUNERAL HOME. Memorial donations may be made to St. Teresa Parish. *The funeral will be live streaming here at 2:00 p.m. Monday afternoon* WATCH BILL's FUNERAL
To order memorial trees or send flowers to the family in memory of Wilfred Joseph "Will" Golden, please visit our flower store.