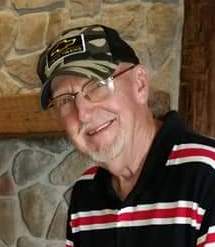 Thompson, Wayne A. 76, of Springfield passed away on Saturday, June 16, 2018 in his home. He was born in Springfield on July 9, 1941 the son of Andrew B. and Lenora J. (Miller) Thompson. He had worked for Ohio School Supply, was a member of the Eagles and V.F.W. and was a longtime avid bowler and pool player. His biggest passion was his collection of fine, classic cars and he attended many car shows of which he was proud of his many awards. He was also a coin enthusiast. Survivors include his daughter, Terri Thompson of Urbana; three grandchildren, Adam Newman, Kailey Schetter and Logan Thompson; four great grandchildren; sister and brother-in-law, Andrea (Dan) Fair of Springfield; many nieces and nephews and his faithful beloved dog Bruizer, which he enjoyed many years with. He was preceded in death by his parents; son, Wayne A. "Andy" Thompson, II; daughter, Dawn Schetter-Thompson and life companion of more than 30 years, Wilma Howard. Visitation will be from 5:00-8:00 p.m. Friday in CONROY FUNERAL HOME. His funeral service will be held at 10:00 a.m. Saturday in the funeral home with Pastor Joe Angles officiating. Burial will be in Ferncliff Cemetery. In lieu of flowers, memorial donations may be made to the Springfield Cancer Center.
To order memorial trees or send flowers to the family in memory of Wayne A. Thompson, please visit our flower store.