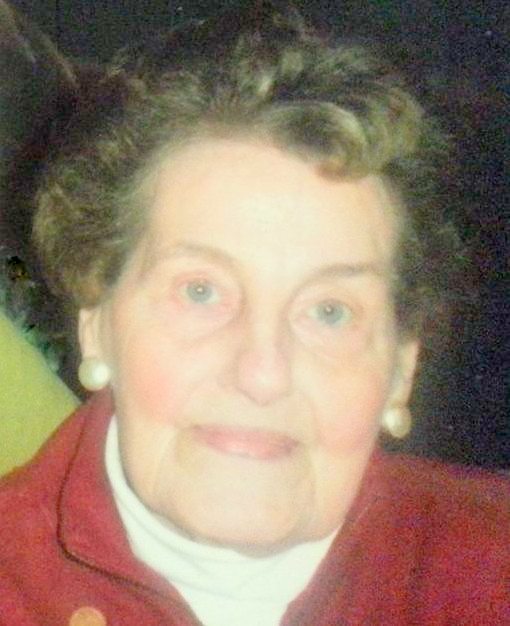 DRENNEN, Virginia "Ginny", 96, of Springfield passed away peacefully Tuesday morning May 18 at her Wooded Glen residence. She is preceded in Death by her husband Richard (Dick), and her older sister Mary Elizabeth (Donald) Sullivan. She is survived by her four children: Sons- Richard (Susan), Tipp City; Doug (Mary F.), Vancouver, WA; Mike (Kathy), Columbus; and daughter Mary C., Columbus; as well as seven grandchildren and three great-grandchildren. She is also survived by her younger sister Shirley (George) Eichman, FL and a brother Frank M. Ryan, FL. Ginny was a devoted spouse, mother, and grandparent who valued her family and her faith above all else. She graduated from Catholic Central High School in 1943 and was a life-long member of St. Raphael Church. She married her husband Dick at St. Raphael on Oct. 11, 1947. Ginny was proud of her and Dick's volunteer work with the church as Eucharistic Ministers, administering Holy Communion to the sick and homebound for many years. Ginny & Dick were also committed to seeing that their children received their education in the Springfield Catholic Schools as well as a college degree. To this end, Ginny went back to work full-time to become the Office Manager at C & N Industrial Maintenance when the kids entered high school. She was always a whiz with numbers, having gained experience by managing the family finances throughout the years. Ginny enjoyed her office work but also continued her commitment to her family and her favorite activities during those years. She was an avid homemaker and loved to bake pies, sew, and read. Her home-made pies became a popular item at family gatherings. She always sewed her own clothes; a skill she acquired from her mother Mary. Her Sunday best was usually a stylish suit or dress that she had made. She also loved to walk, generally 2- 3 miles a day. Ginny was a voracious reader and was well-known at the Public Library. She often had 5 to 7 books she was reading at a time. She also enjoyed working in the yard and gardening. It was not unusual to see her out shoveling snow in the winter or mowing the lawn simply because she liked doing it. In later years, she could be found playing Dominoes with her children and grandchildren or relaxing with her husband at home on their screened-in porch. A Mass of Christian Burial will be held at 10:00 am on Wednesday in St. Raphael Catholic Church. Services will be live streamed at https://josephraphael.org/ The family will receive friends one hour prior in the church. Burial will follow in St. Bernard Cemetery. In lieu of flowers memorial donations can be made to The Richard and Virginia Drennen Scholarship Fund c/o Catholic Central High School, 1200 E. High St., Springfield, Ohio 45505.
To order memorial trees or send flowers to the family in memory of Virginia "Ginny" Drennen, please visit our flower store.