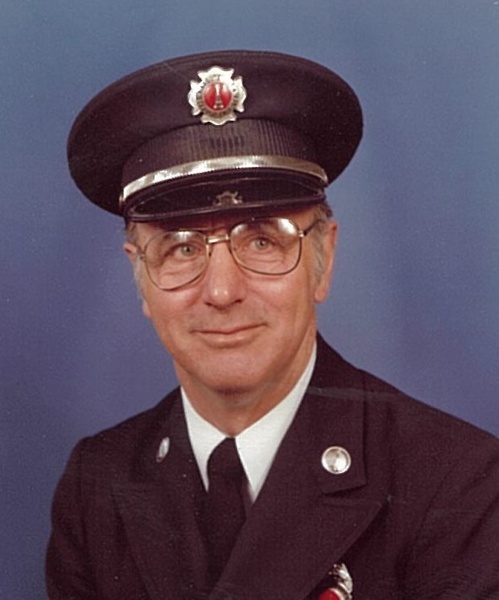 TAYLOE, Thomas Oliver, 90, of Springfield, passed away in the comforts of his home on March 2, 2022. He was born on October 14, 1931, to James Oliver and Marie Carolyn (Koch) Tayloe. Tom graduated from Catholic Central High School in 1950 and promptly joined the Army the following year. He served from 1951 to 1953. He joined the Springfield Fire Department in 1956. Tom served 31 years and retired as Lieutenant. He married his loving, devoted wife, Shirley (Snapp), also of Springfield, August 10, 1956. They've shared 65 years of marriage and together had six wonderful children. Tom was a member of many organizations such as the Elks, where he served as a secretary, Union Club, Moose, VFW, Buckeye Club and the Knights of Columbus. He was also an exceptional union representative for the local 333. Tom was dedicated to his faith; on Sunday mornings you could always find him sitting in the back of St. Joseph Church. In his free time he enjoyed golfing, watching Notre Dame football and Friday morning breakfasts to catch up with other retired firemen. After months of declining health, he is now preceded in death by his parents; son, Steve Tayloe and brother, Daniel Tayloe. He is survived by his wife, Shirley; sons, Tom Tayloe and Shawn (Karen) Tayloe; daughters, Tina Tayloe (Tracy Denton), Toni Tayloe (Harvey Haddix), and Sherry (David) Akers; daughters-in-law, Donna and Jaye; 12 grandchildren, Brandi (Damon), Shannon, Kristy (Jim), Todd (Ally), Daniel (Morisha), Dana (Sean), Drew, Ace, Sam, Hanna, Perry (Kylie), and Derek; 11 great-grandchildren; brother, Paul (Mary Ann) Tayloe; sisters, Mary Ann Love and Jeanie Tayloe (Sue); numerous nieces and nephews, and of course, his beloved dog, Charlie. Visitation will be held at CONROY FUNERAL HOME from 4:00 -7:00pm Friday. A Firefighter Turnout will take place at 7:00pm Friday at the funeral home. Mass of Christian Burial will be held at 10:00am Saturday in St. Joseph Church. Entombment will follow in St. Bernard Mausoleum. In lieu of flowers, memorial donations may be made to Ohio's Hospice of Dayton, St. Joseph Catholic Church or St. Vincent de Paul Society.
To order memorial trees or send flowers to the family in memory of Thomas Oliver Tayloe, please visit our flower store.