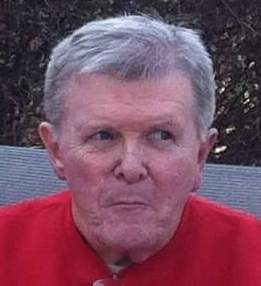 Ryan, Thomas N., 75, of Springfield, passed away at 2:16 p.m. Sunday, June 17, 2018 in Wooded Glen. He was born in Springfield on August 15, 1942 the son of Robert and Myrtle (Riley) Ryan. He graduated from Catholic Central High School in 1961 and attended Bowling Green State University. He worked for ITT Jabsco for over 20 years and various other companies before retirement. He was a former member of St. Teresa Catholic Church and Knights of Columbus #624. Survivors include his four children and spouses, Steven (Renee) Ryan of Beavercreek, Melissa (Joe) Scarito, Matthew (Amy) Ryan all of Springfield and Elizabeth (John) DuBois of Columbus; 12 grandchildren; one great granddaughter and two siblings and spouses, Janice (Karl) Balbach of Kettering and James (Carol) Ryan of Springfield. His family will receive friends from 5:00-7:00 p.m. Monday in CONROY FUNERAL HOME. Mass of Christian burial will be held at 11:00 a.m. Tuesday in St. Teresa Church. Inurnment will be in Calvary Cemetery. In lieu of flowers, memorial donations may be made to Catholic Central School.
To order memorial trees or send flowers to the family in memory of Thomas N. Ryan, please visit our flower store.