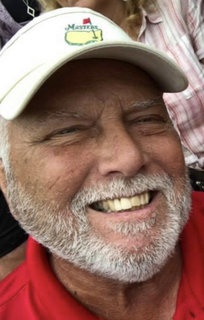 SWORDS, Terry Lee, 68, of Springfield, passed away Sunday, July 18, 2021 in his home. Terry was born February 1, 1953 in Springfield, Ohio to Ernest and Louise (Dalton) Swords. He was a member of St. Raphael Catholic Church. Survivors include three daughters, Danielle (Ryan) Gillam, Laura (Matt) Middleton and Emily Swords; three grandchildren, Brady and Brock Gillam, and Joseph Middleton; two brothers, David (Phyllis) Sword and Michael (Janine) Swords; two half-sisters, Holly Swords and Patricia Vollmer; two brothers-in-law, Michael (Becky) DaRif and Craig (Marilyn) DaRif; special friend, Kay Oberly; and numerous nieces and nephews. In addition to his parents, he was preceded in death by his loving wife, Margaret in 2016; and a brother, Thomas. Terry was an amazing father, brother, grandpa, friend, Popo, and Teddy. He was love by all who knew him. Mass of Christian Burial will be held on Thursday at 10:30 a.m. in St. Raphael Church. The family will receive friends two hours prior, beginning at 8:30 a.m. in the church. In lieu of flowers, memorial contributions may be made to the Humane Society. Arrangements are being handled by CONROY FUNERAL HOME.
To order memorial trees or send flowers to the family in memory of Terry Lee Swords, please visit our flower store.