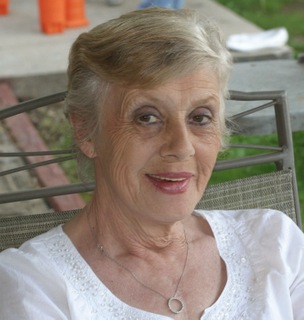 SCHUTTE, Shirley Beamish, 79, of Springfield, was called home to God on July 12, 2020. She was born to the late Robert Beamish and Dorothy Dellinger Roberts, March 13, 1941, in Springfield, Ohio. Shirley graduated from Catholic Central High School in 1959. She is survived by her children and spouses, Lisa Singleton, Anderson, IN, Andrea (Joe) Ober, London, OH, Heather (Gary Blain) Smith, Springfield, OH, Anthony (Alla) Singleton, Tampa, FL and Mark (Kathy) Singleton, Phoenix, AZ. Along with her loving grandchildren, Robert, Nichole, Angela, Cecily, Zach, Stephanie, Ashleigh, Danielle, Jacob, Colin, Sam and Max. Her siblings, Kathleen Gordon, Kathy (George) McConkey, Jackie (Frank) Ripa, Mary Moore, Curt (Patti) Roberts, along with many nieces, nephews and cousins. She was preceded in death by her brother, Bob Beamish; and two brothers-in-law, Ted Gordon and Dennis Moore. Shirley was proud of the work she did in health care and physical therapy at St. John's Hospital in Anderson, IN. In her later years she enjoyed spending time with her grandchildren and looked forward to the annual Brown County girls get-a-way with her daughters and granddaughters. Shirley really enjoyed entertainment news and TLC. She is remembered as fiercely independent and uncompromising in her beliefs and greatly missed by her daughters. The family wishes to thank all of those who cared for her during her last days. Donna Marshall and Robin Weaver for their years of friendship and care giving. Dr. Morgenstern, Dr. Neravetla, and Dr. Bucklew-Wilder for their care and compassion. Gratitude to Patti Hardesty for her caring friendship over the years. Shirley requested cremation with no funeral service. There will be a celebration of life at a later date. All final arrangements have been made through Conroy Funeral Home.
To order memorial trees or send flowers to the family in memory of Shirley Beamish Schutte, please visit our flower store.