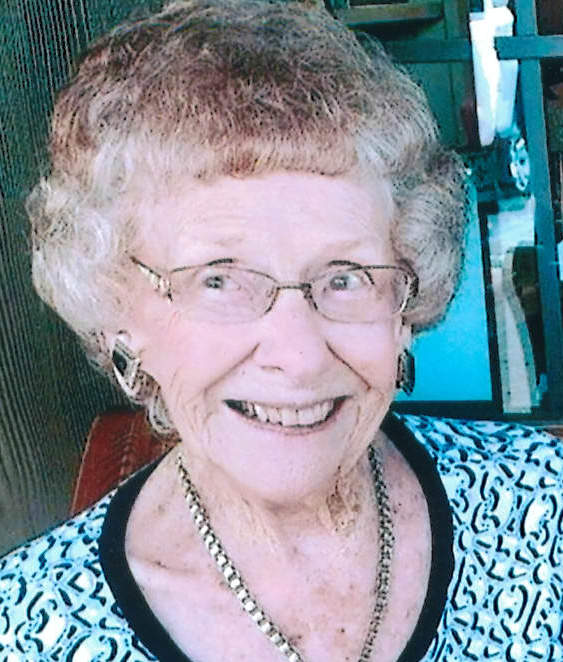 HESKETT, Ruth Marcella, 97, of South Vienna, passed away April 23, 2019 in her home surrounded by her family. She was born November 14, 1921 in Springfield, Ohio the daughter of George A. and Frances Marie (Little) Martindale. She was a 1939 graduate of Moorefield High School where she excelled in basketball and softball. Marcella worked for Clark County 4-H, the Clark County Draft Board and later as a sales associate for the PA Hinson Company for over 20 years before retiring in 1987. She volunteered for many years at South Vienna Elementary School as a teacher's aide and served as a regular sub at the Eagle and Dove Academy in Springfield. Marcella was a member of the Sinking Creek Baptist Church. She was also an avid bowler, reader, word search puzzle enthusiast, and gardener (at the age of 94 was still mowing her lawn with the John Deere mower). As an avid sports fan, she enjoyed college and NBA basketball, Ohio State football, kickboxing and PGA golf. Survivors include her three children, Sharon Heskett-Hill, Sandy Heskett-Skinner and Doug (Jody) Heskett; seven grandchildren, K. Drew Hill, Tom Tooker, Pamela Tooker (Ronnie) Garmon, Doug (Tracie) Tooker, Matt Bailey, Andy (Megan) Heskett and Tyler (Amy) Heskett; six great grandchildren; one sister-in-law, June Martindale; one brother-in-law, Richard Getz and numerous nieces and nephews. She was preceded in death by her husband of 56 years, Warren "Pete" Heskett in 1997, two sisters, Martha Jane Fields and Marjorie Getz and two brothers, George "Bud" Martindale and Max Martindale. Marcella was extremely devoted to her family and friends. She will be greatly missed by all. Funeral services will be held at 11:00 am on Friday in the CONROY FUNERAL HOME. Visitation will be held one hour prior from 10:00-11:00 am. Entombment will follow in Rose Hill Mausoleum. In lieu of flowers memorial donations can be made to the Eagle and Dove Academy, c/o Dave Speas, 1550 Fairfield Pike, Springfield, Ohio 45506.
To order memorial trees or send flowers to the family in memory of Ruth Marcella Heskett, please visit our flower store.