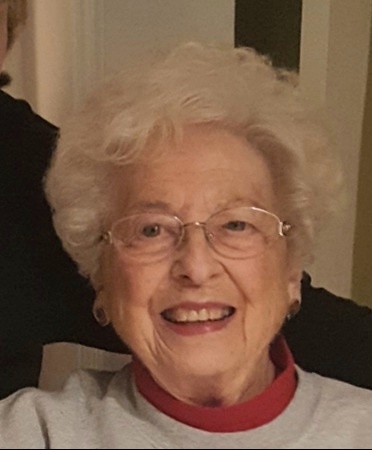 MAMMOLITE, Ruth "Ivy", 98, of Springfield, passed away Sunday, February 27, 2022 at home. Ivy was born December 17, 1923 in Butler, Ohio the daughter of Carl and Arminta (Beeney) Marple. She retired from Wright Patterson Air Force Base in 1980 after 38 years of service, the bulk of that time she was the executive secretary of the Foreign Technology Division (AMCT2). She became the first civilian protocol officer for that division and was a member of St. Joseph Catholic Church, where she was a lector, sacristan and member of the bereavement committee. She was also a member of Catholic Ladies of Columbia, Beta Sigma Phi, OSU Parents Association, American Business Women's Association, Springfield Club, NARFE and Catholic Social Services. Survivors include two children, Susan (Charles) McBrien and Richard "Rick" Mammolite; three step grandchildren, Chas, Mary and Christian; two step great grandsons, Charlie and Michael and several nieces and nephews. She was preceded in death by her husband, Rudolph in 2009; and three sisters, Frances, Eloise and Virginia. The family would like to thank her close friends and all the staff at Oakwood Village for their friendship. Mass of Christian Burial will be held at 11:00 a.m. Friday in St. Joseph Church. Visitation will be held in the church on Friday, beginning at 9:30 a.m. Burial will be in Calvary Cemetery. Arrangements by CONROY FUNERAL HOME.
To order memorial trees or send flowers to the family in memory of Ruth "Ivy" Mammolite, please visit our flower store.