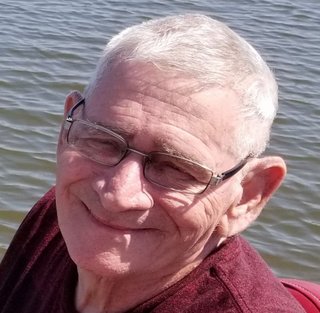 STEWART, Sr., Ronald E., 76, of Springfield, passed away Friday, May 31, 2019 in his home. Ron was born September 8, 1942 in Springfield, Ohio to Clark E. and Mary H. (Fiessinger) Stewart. He was a member of St. Raphael Church. Ron worked for Woeber Mustard for 23 years, and was also a dairy farmer for over 20 years. He was also very involved with 4H, was an avid hunter and fisherman, and a loving husband and father. He is survived by his wife of 57 years, Betty (Bowser) Stewart; four children, Clark "Bud" (Collette) Stewart, Mary Helen Stewart, Chris (Dana) Stewart and Ronald E. Stewart, Jr.; 10 grandchildren, Sean (Stephanie), Samantha, Adam (Hailey), Justin (Chelseah), Nicholas, Travis (Alyssa), Ashley (Baylor), Amy, Emily, Scott; six great-grandchildren; one sister, Sue A. Shope; and several nieces and nephews. He was preceded in death by his parents. Mass of Christian Burial will be held on Saturday at 10:00 a.m. in St. Raphael Church. Visitation will be held one hour prior, beginning at 9 a.m. in the church. In lieu of flowers, memorial contributions may be made to the American Lung Association. Arrangements by CONROY FUNERAL HOME.
To order memorial trees or send flowers to the family in memory of Ronald E. Stewart, Sr., please visit our flower store.