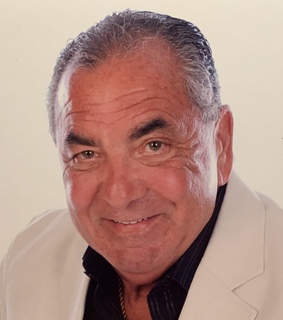 Fisher, Jr., Robert William "Bobby", age 70, lost his battle with cancer on Saturday, January 23, 2021, surrounded by his family. Bobby was born on October 2, 1950 in Springfield, Ohio to Florence and Robert Fisher, Sr. He married Betty on July 20, 1985, residing in Springfield until they moved to Vero Beach, Florida in 1999. Growing up, he attended Gilmore Academy, Catholic Central High School, and Wittenberg University. In the 70s, Bobby was a Nascar and Formula 1 race car driver, racing against some of the greats, including Earnhardt and Petty. Racing remained a part of his life, which could be seen in his collection of sports cars and memorabilia showcased at one of his favorite hangouts - his Car Shop, Bobby Fisher MotorSports. In 1976, he acquired and expanded a family-owned and operated beer distributorship from his parents. He was a recipient of several prestigious awards from a vast array of suppliers. An avid boater, he received his Professional Mariner's License in 2010 and because of this, he was "forced" to take his family and friends on numerous boat rides. Golfing with his friends, traveling, reading, fishing, and celebrating milestones with his family on cruise ships, were among some of his favorite activities, as was, of course, enjoying an ice-cold beer. He is survived by his wife, Betty A. Fisher, of 35 years; his children, Jennifer A. Scannelli (Derek), Nina A. Wiley (Steven), Albert J. Polizzi, Jr. (Desiree), Maria L. Fisher, and Angela M. Stafford (Max); and his grandchildren, Lexi M. Wiley, Sophia E. Kane, Kirsten L. Wiley, Corrine E. Kane, Tristan T. R. Coleman, Trey F. Coleman, Everly P. Stafford, Rowan L. Stafford, and a newest addition expected in May; siblings, Maryann Becker and James Fisher. He was preceded in death by his parents, Robert and Florence, and his brother, Woodrow Fisher. Visitation will be held at CONROY FUNERAL HOME, 1660 E. High Street, Springfield, OH 45505, on Friday, January 29, 2021 from 4 - 7pm. A service will be held at St. Teresa Catholic Church, 1827 N. Limestone Street, Springfield, OH 45503 on Saturday, January 30, 2021 at 11am. Following the service, the processional will include a caravan of the Fisher Fleet through Springfield as a tribute to his love of the beer business. Pallbearers will be Bruce Clapper, Ronnie Yontz, Albert Polizzi, Derek Scannelli, Steven Wiley, and Max Stafford. A reception will be held immediately following the burial at Bobby Fisher Distributing, 2024 Selma Pike, Springfield, OH 45505. The Fisher family would like to thank the caring staff at Moffitt Cancer Center in Tampa, Florida, and Cleveland Clinic Indian River Hospital in Vero Beach. While Bobby is remembered for many things, his family will always remember him best through the lyrics of one of his favorite songs: "And so I face the final curtain My friends, I'll say it clear I'll state my case of which I'm certain I've lived a life that's full I traveled each and every highway But more, much more than this I did it my way."
To order memorial trees or send flowers to the family in memory of Robert William "Bobby" Fisher, Jr., please visit our flower store.