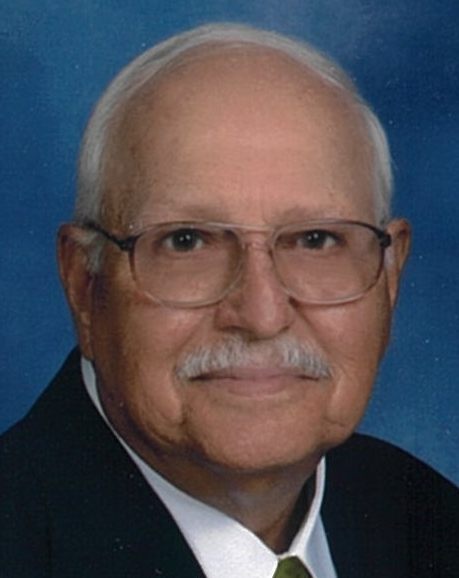 ABSHEAR, Richard N. "Dick", 84, of Springfield, passed away Friday, June 10, 2022 in his home. Dick was born January 17, 1938 in Fullerton, Kentucky the son of Regan and Merle (Bryson) Abshear. He was a veteran of the United States Air Force. He retired from Navistar after more than 35 years, where he was known as the "Pecan Man". Dick was also a member of St. Joseph Church, and a former member of the Knights of Columbus. He was an armchair historian of the America Revolutionary and Civil War eras. Survivors include his wife of 58 years, Dorothy (Massie) Abshear; two daughters, Mary LeVan (Michelle Adkins) and Theresa Lauricella (Joe); six grandchildren, Alex LeVan (Kristy Querry), Aaron LeVan (Rylie McCorkle), Reid Adkins (Cheyanne), Ryan Adkins (Shelby Chobot), Sidonie and Claudia Lauricella; one great grandson, Bryson LeVan; and numerous nieces and nephews. In addition to his parents, he was preceded in death by five siblings, Jim, Paul, Keith, Karen and Kathy. His Funeral Service will be held on Monday, June 27, at 11:00 a.m. in the CONROY FUNERAL HOME. Visitation will be held one hour prior, beginning at 10 a.m. Burial will follow in Rose Hill Burial Park. In lieu of flowers, memorial contributions may be made to National Psoriasis Foundation or the Clark County Literacy Coalition.

To order memorial trees or send flowers to the family in memory of Richard N. "Dick" Abshear, please visit our flower store.