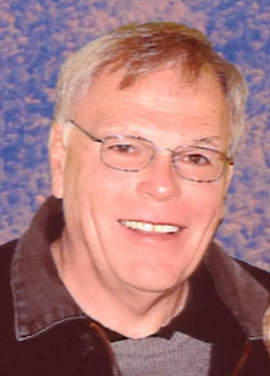 ATER, Richard "Dick", 66, of Springfield, passed away Saturday, February 22, 2020 in his home. Dick was born February 25, 1953 in Springfield, Ohio to Vernon and Martha Jane (Turnbull). He was a beloved Teacher at Springfield Clark CTC, where he was a friend and mentor to many. Dick was the owner and founder of Ater Frame and Body, and traveled far and wide making many friends following his love of racing. He is survived by three children, Nicci (Chris) Gallivan, Michael Ater and Meggan Mangona; his better half and significant other, Cathy Saunders; 12 grandchildren, Anthony, Ryan, Zachary, Emily, Peyton, Jadan, Carmine, Bentley, Aaliyah, Jordin, Kendra and Letty; two siblings, Doug Ater and Susie (Terry) McElwee; and numerous nieces and nephews, including Angie Newman, Monica Bailey, Christina Bogard and Jamie Ater. He was preceded in death by his parents. Visitation will be held on Friday from 3 - 7 p.m. in the CONROY FUNERAL HOME. His funeral service will be held on Saturday at 10:00 a.m. in Springfield Clark CTC. Burial will follow in Massies Creek Cemetery, Cedarville. In lieu of flowers, memorial contributions may be made to Springfield Clark CTC - Drug Free America, 1901 Selma Rd., Springfield, OH 45505.
To order memorial trees or send flowers to the family in memory of Richard D. Ater, please visit our flower store.