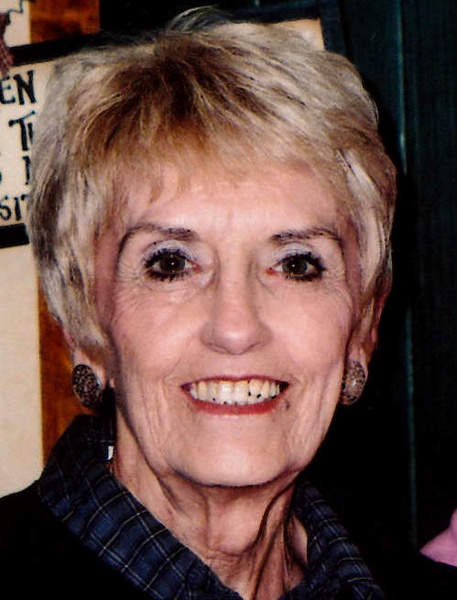 STELZER, Patricia "Pat" (Jacobs), 83, of Springfield, passed away Tuesday, October 22, 2019 at Springfield Regional Medical Center. Born in Springfield on September 7, 1936, she was the daughter of George K and Beatrice (Snook) Jacobs. Pat graduated from Northeastern High School in 1953. She married James Glea Stelzer on May 12, 1956 and they were married 57 years till his passing in 2013. One of Pat's first jobs was with the Springfield News-Sun where she wrote a byline on the Society Page. Having a desire to teach, Pat entered Wright State University in 1971, obtaining her B.S. in Secondary Education in 1974. She later earned her master's degree in history from Wright State as well. Pat taught in the Springfield City School system for over 25 years at Schaefer Middle School, Springfield North and South High Schools and a short time at Clark State Community College. Pat loved history and writing and even had two books published during her retirement (Deadly Research by George & Dangerous Research by George.) One of Pat's favorite pastimes was theater. She volunteered her time with Music Stage and Springfield Civic Theater, not to mention helping with the directing and choreography of plays at Schaefer Middle School, Northwestern and Springfield South High Schools. Pat had many hobbies and interests such as being an avid reader, writing painting and trips to historical places. However, none brought her more joy than spending time with her grandchildren. Whether it was birthday shopping, watching them participate in school events or summer days around the pool. Pat was a member of Good Shepherd Lutheran and later became a member of First Lutheran and Grace Lutheran Churches. Pat is survived by her brother, George K. Jacobs II, Florida; three children, Michael (Mary Beth) Stelzer, Springfield, Samantha (Ronald) Moehn, Centerville and Todd (Barbara) Stelzer, Fairborn; seven grandchildren, Jason Stelzer, Rachel Stelzer, Veronica (Taj) Birkenbuel, Thomas Moehn, Daniel Moehn, Stephen Stelzer, Brittany (Adam) Meier and five great grandchildren, Ethan and Eloise Birkenbuel, Payton, Tristan and Grayson Meier. She was preceded in death by her parents, her husband of 57 years, James Glea Stelzer and their son, David. Friends may call from 9:00 to 11:00 am on Saturday in the CONROY FUNERAL HOME. Funeral services will be held at 11:00 am on Saturday in the funeral home with Pastor Tom Brodbeck officiating. Burial will follow in Ferncliff Cemetery. In lieu of flowers memorial donations can be made to the Alzheimer's Association at www.alz.org.
To order memorial trees or send flowers to the family in memory of Patricia (Jacobs) Stelzer, please visit our flower store.