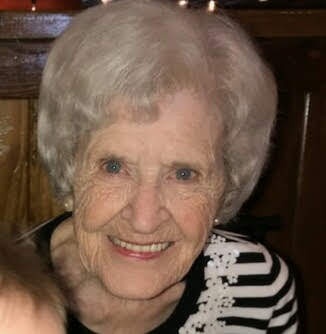 FEARN, Patricia A., 91, of Springfield, passed away Wednesday, October 21, 2020 in Oakwood Village. Patricia was born April 11, 1929 in Oshkosh, Wisconsin to Walter and Kathryn (Gibson) Duffy. She was a member of St. Bernard Church. Survivors include three children, Kathleen Fent, Kevin (Caroline) Fearn and Todd Fearn; 7 grandchildren; 4 great grandchildren; a brother, Richard Duffy; several nieces and nephews; and special friends, Trudy Botkin and Debbie Hoover. She was preceded in death by her beloved husband of 70 years, Richard "Dick" Fearn in 2019; a brother, Robert Duffy; and a sister, Shirley Blechel. She will be missed by all who knew her. Inurnment will be held in Dayton National Cemetery at a later date. Arrangements are being handled by CONROY FUNERAL HOME.
To order memorial trees or send flowers to the family in memory of Patricia A. Fearn, please visit our flower store.