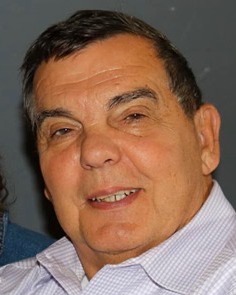 CLARK, Owen, 73, passed into the arms of the Lord on Monday, June 27, 2022. Owen was born on September 17, 1948 in Gallipolis, OH, to the late Owen W. and Irene Clark. A loving husband, father, grandfather, and brother, Owen was a faithful servant of God, the rock of his family, and a friend to many. Owen served as a deacon at Greater Grace Temple where he was part of a loving church family and was always willing to lend a helping hand to those in need. A charismatic man, Owen never met a stranger, and his gift of gab filled a room with laughter and great conversation. His magnetic personality will remain part of his legacy, and our days will always be brightened with his memory. When life got tough, he would always find a way to “figure it out.” Known as the “go to guy” for his expertise in plumbing, he was never too busy to take on a job, help a friend in need, or drum up a conversation with every client he met.  The owner of Drain Maintenance, LLC for more than 45 years, Owen was the talker while his grandson Josh, his protege from the early age of 14, worked alongside him growing the business and learning from the best. Owen also retired from Navistar International after 30 years of service. During those years, he made many lifelong friends, many of whom he still called daily to talk a minute, which usually became an hour-long conversation. He is survived by his loving wife Edeltraud “Trudy” Clark; sons: Matthew and Ronald Owen Clark II, and Denver Briem; daughters: Casey McGraw, Peggy Cochran, and Carol Watson. granddaughters: Krystal Vela, Cora Cox, Kaila Watson, Amber Dixon, Riley and Avery McGraw, and Shelby, Peighton, and Caleigh Clark, Abigail Remer and Brianna Briem; grandsons: Jared and Steven Clark, and Joshua and Charles Watson, Michael Duval and Jacob Briem. He was pawpaw to great grandchildren: Kinsley Roberts, Xavier Cox, Baylee Rose Clark, Ella Hilliard, Eliza Watson and Preston Watson. Owen is also survived by two sisters: Deonna (Chris) Crall and Kathy Sahle; brothers, Ray Terrell, Preston Aleshire, and numerous cousins, nieces, nephews and friends. He was preceded in death by his stepfather, Lee Taylor, and grandson Jordan Briem. Visitation will be held Wednesday, July 6, from 6:00-7:30 pm. at Greater Grace Temple followed by his funeral service at 7:30 p.m., with Bishop Ronald Logan (his brother in Christ) officiating. The family would like to thank all of those who have reached out and supported Owen during his journey home with prayer, kindness, and grace. “To be absent from the body is to be present with the Lord.’

To order memorial trees or send flowers to the family in memory of Owen Clark, please visit our flower store.