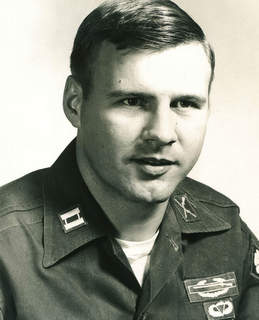 RICKETTS, Ormonde B., 79, of Springfield, passed away on May 25, 2021 in his home. Ormonde was born on March 7, 1942 in Springfield to Charles and Beatrice (Black) Ricketts. He was a team captain for OSU football in 1963 and completed two tours in Vietnam earning a Bronze Star Medal. After completing his Master's degree he was employed by the Springfield City Schools as a teacher and coach for 22 years and retired in 1993. He was also a member of First Christian Church. Survivors include his children, Darrin (Angela) Ricketts of Bloomington, IN, Jason (Kelli) Ricketts of Nashville, TN, Sam (Mandi) Ricketts of Morrow, OH; 10 grandchildren; sister, Linda Nolten of Naperville, IL; brother, Charlie Ricketts of Springfield; friend and caretaker, Ann Hensley; and numerous nieces and nephews. He was preceded in death by his parents and his sister, Marcia Barga. Visitation will be held from 10:00 a.m. to 12:00 p.m. on Friday in the CONROY FUNERAL HOME. A private funeral service will be held for the family. Interment will take place in the Veteran's Section of Ferncliff Cemetery.
To order memorial trees or send flowers to the family in memory of Ormonde B. Ricketts, please visit our flower store.