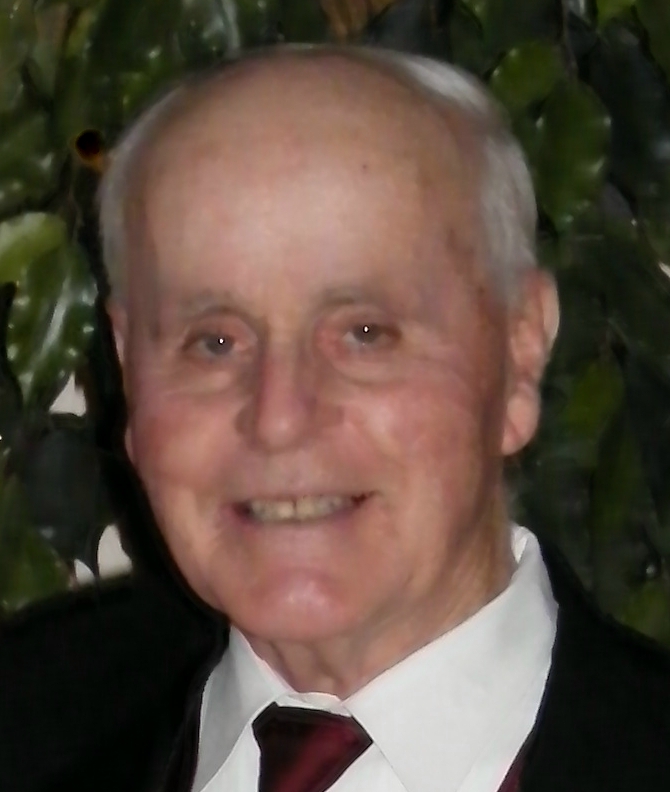 Ober Lincoln SHUEY, affectionately known as "Lin" throughout the Clark County farm community, passed away Tuesday, February 18, 2020 at Northwood Skilled Nursing and Rehab in Springfield, Ohio. He was 92. Born November 25, 1927 in Springfield, Lin Shuey was the son of Edwin L. and Ruth (Spencer) Shuey who owned Amedsa Hills Farm on Route 4 four miles northeast of Springfield. Educated at Springfield High School, Lin enlisted in the United States Army near the close of World War II, serving in the reconstruction of Japan, and later attended Michigan State University to study agricultural engineering. He returned to Springfield in 1951 to run the family farm. Through mutual friends, he met the love of his life, Ruth Ann Bradley, and they were married in November 1953. Over the next four decades, Lin and Ruth Ann farmed several hundred acres and raised five boys. He worked long hours and rarely took vacations. All five boys worked on the farm at various times in the 1960s, 70s and 80s, and helped Ruth Ann tend to the family's annual ubergarden. Lin's strong work ethic was passed to his boys, all of whom have had successful careers. Lin was a board member of the Clark Soil and Water Conservation District from 1972 to 1992, and in the 1960s, was recognized by the District for what was then the innovative practice of contour farming. His alfalfa hay was a perennial winner at the Clark County Fair. In the mid-60s, he challenged in federal court the Army Corps of Engineers plan to build a dam on Buck Creek that would cover much of the richest bottom ground on the farm; the lawsuit was eventually unsuccessful in obtaining a higher value for the land. After leaving farming in 1987, Lin was a sales rep at PK Lumber in Springfield before spending 15 years at Tractor Supply Co. He was widely known by TSC customers for his outgoing personality and vast knowledge of the things that farmers and farm families need. He retired at age 81. Lin joined the Young Men's Literary Club in the 1990s, writing lengthy reports on topics ranging from technological changes in agriculture, evolution of the meat-packing industry, the origin of national flags, and impacts of mining on Native American communities. He was a lifelong member of High Street United Methodist Church, devoting much of his time during retirement to serving the church and solidifying his faith. He participated in the three-day Walk to Emmaus, a Christian pilgrimage held at the church, at the age of 75, and regularly volunteered at the church's Free Will Food Store. In 1999, he and Ruth Ann enjoyed a two-week trip to England and Germany to visit historic places associated with the Protestant Reformation. In retirement, Lin and Ruth Ann remained in the countryside, tending to a large garden and hosting visits by their grandchildren. Lin was preceded in death by his beloved "Ruthie" in 2017, by his sister Ann S. Baker in 2009, and by an infant son in 1965. Survivors include five children and spouses, Christopher and Laura Shuey, Albuquerque, NM; Robert and Mary Shuey, Dakota Dunes, SD; John and Jennifer Shuey, Powell, OH; Samuel and Susan Shuey, Springfield; and David and Lona Shuey, Berne, IN; nine grandchildren, Bryant, MacKenzie, Conor, Spencer Tripp, Jarrett, Jamison, and Brandon Shuey, Alexa Shoaf-Balsiger and Gabriella Hawkins; one great grandchild, Gavin Hawkins, and several nieces and nephews. Friends may call from 4 pm to 7 pm on Wednesday February 26 in the CONROY FUNERAL HOME. Funeral services will be held at 11 am Thursday February 27 in the funeral home with Daniel Powell officiating. Burial will follow in Pleasant Hill Cemetery.
To order memorial trees or send flowers to the family in memory of Ober L. "Lin" Shuey, please visit our flower store.