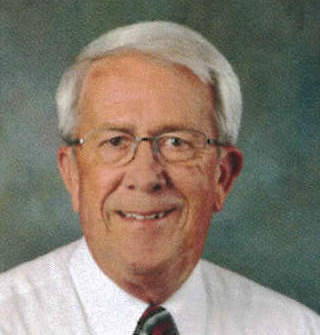 HIVELY, Michael L., 70, of Springfield, passed away Friday, April 19, 2019 in his home. Mike was born August 26, 1948 in Springfield, Ohio to Charles and June (Wilson) Hively. He graduated from The Ohio State University and thereafter spent 40 + years in the financial services industry. Upon retirement, he was elected fiscal officer for The Springfield Township. He was also a member of the Kiwanis Club and Box 27. In his spare time, Mike enjoyed DIY projects and spending time with his grandchildren. Survivors include his wife of 49 years, Janis (Burk) Hively; two children, Julie (Toby) Sebastian and Michael (Erin) Hively; four grandchildren, Dylan and Hadley Sebastian, and Michael and Natalie Hively; two brothers, Charlie (Cheryl) Hively and Jeff Hively; and numerous nieces and nephews. In addition to his parents, he was preceded in death by a sister, Gloria Hayes. Visitation will be held on Monday from 4 - 7 p.m. in the CONROY FUNERAL HOME. His funeral service will be held on Tuesday at 10:30 a.m. with Pastor Richard Johnson officiating. Private interment will be held in Ferncliff Cemetery. In lieu of flowers, memorial contributions may be made to the American Cancer Society or Community Mercy Hospice.
To order memorial trees or send flowers to the family in memory of Michael L. Hively, please visit our flower store.