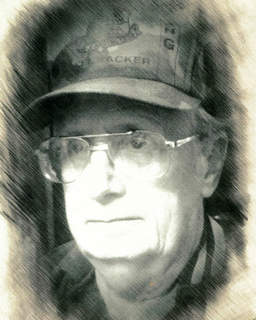 HEIRONIMUS, Michael D. (MSgt) USAF Ret., 69, of Springfield, passed away Wednesday, February 26, 2020 in Springfield Regional Medical Center. He was born July 13, 1950 in Springfield the son of the late David and Helen (Frederick) Heironimus. After graduating from Tecumseh High School in 1968 he joined the Ohio Air National Guard where he remained for over 30 years until his retirement. While a member of the National Guard he worked as a foundry manager at C-E Bauer and later for OS Kelly Company. He was a member of the AMVETS, Eagles Aerie 4069 and The Enlisted Association of the National Guard of the United States. Survivors include his two sons, Michael (Kellie) Heironimus, Jr., Springfield and Charles "Chuck" Heironimus (LeeAnn Mumaw), South Carolina; six grandchildren, Alexandra, Annalecia and Kassandra Heironimus, Halee (Dan) Gerenday, Cody Heironimus and Jade Mumaw; two great grandchildren, Isabelle and Jackson Errett; one sister, Joyce Chamberlain; longtime best friend, Ray Hickman and several nieces and nephews. A Memorial Service will be held at 11:00am on Saturday, March 14th in the CONROY FUNERAL HOME. Visitation will be held one hour prior, starting at 10:00am in the funeral home. In lieu of flowers memorial donations can be made in his name to We Care for America Foundation https://eangus.org/we-care-for-america/
To order memorial trees or send flowers to the family in memory of Michael Heironimus (MSgt) USAF Ret., please visit our flower store.