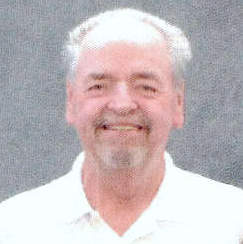 REID, Michael G., 63, of Springfield, passed away peacefully on Sunday, January 13, 2019. Mike was born October 8, 1955 in Springfield, Ohio to Guy and Kathleen (Brumfield) Reid, Jr. He cherished his work family at Miller's Textiles Services, where he was employed for over 40 years working in various service and sales capacities. He was an avid golfer and proud member of Windy Knoll Golf Club. He was also a faithful follower of the Cleveland Browns and The Ohio State Buckeyes. In addition to his mother, he is survived by his wife of 32 years, Jill (Meier) Reid; three children, Brandon (Diane) Reid, Arie'Ele (Angel) Rivera and Annalise Reid; seven grandchildren; mother-in-law, Mary Lou Kenney; brother-in-law, Craig (Sheryl) Meier; one sister, Pam Gifford; his Florida family, Don and Lynn Tuttle and their extended family; his golf buddies, Jim Bode and Bill Lilly; and a host of aunts, uncles, nieces, nephews and cousins. He was preceded in death by his father; and one sister, Dawn Cline. Visitation will be held on Friday from 4 - 7 p.m. in the CONROY FUNERAL HOME. A Funeral Mass will be held on Saturday at 10:00 a.m. in St. Joseph Catholic Church. In lieu of flowers, memorial contributions may be made to the Springfield Regional Cancer Center, Hospice of Dayton or St. Joseph Church.
To order memorial trees or send flowers to the family in memory of Michael G. Reid, please visit our flower store.