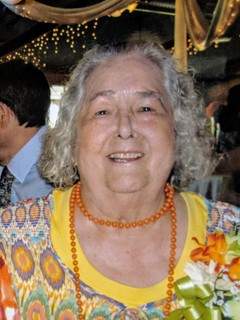 Kennedy, Maureen Z., 84, of Springfield, passed away at 1:26 p.m. on Sunday, June 30, 2019 in Springfield Regional Medical Center. She was born in Springfield on July 10, 1934 the daughter of Carl and Irene (Ross) Ulliman. She worked as a bookkeeper at Friendly's for many years and was a member of St. Bernard Catholic Church. Survivors include her six children and spouses, Kathleen (Gerard) Lageman, John Kennedy, Jr., Carl (Carol) Kennedy, Ed (Pam) Kennedy, Maureen (Tom) Nagel and Colleen Garrett; 12 grandchildren and seven great grandchildren. She was preceded in death by her husband, John, a brother, Carl J. Ulliman, Jr. and a great grandson Alexander Clark Mass of Christian Burial will be held at 12:00 p.m. Friday in St. Bernard Church. Visitation will be held one hour prior in the church. Burial will be in Calvary Cemetery. Memorial donations may be made to St. Bernard Church. Arrangements by CONROY FUNERAL HOME.
To order memorial trees or send flowers to the family in memory of Maureen Z. Kennedy, please visit our flower store.