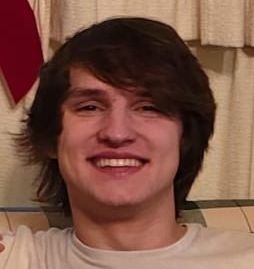 FUNK, Matthew "Matt" Nelson, 18, of Springfield, passed away unexpectedly after a car accident on December 28, 2021. Matthew was born May 22, 2003 in Vladivostok, Russia. He was adopted on April 6, 2004 by his mother Kristie Funk. He was a 2021 graduate of Kenton Ridge High School where he was the student band director for the Marching Cougar Band. Matt played tuba and saxophone in the marching band, was first chair saxophone in the symphonic band and played standup bass in the jazz band. As an athlete, Matthew competed in the state swim meet in 2020 placing 13th. His freshman year he was a powerlifter and ran track for three years. He participated in the indoor percussion band at Northeastern High School for three years. As a music enthusiast he was self-taught in acoustic, electric and bass guitar, tenor drum and standup bass and had a huge passion for making music. At Kenton Ridge he was in the French Club National Honor Society as well as the Leo Club. After graduation from high school, Matt enrolled at the University of Cincinnati where he was currently studying software development and business programming. Survivors include his mother, Kristie Funk; grandparents, Dave & Gayle Funk; great grandmother, Velma Chapman; aunt and uncle, Andrea & Ben Bottorff; uncle, Bryan Funk; cousins, Olivia, Avery, Emerson, Griffin, Justin, Jonah, Elly and Jayden Bottorff; his honorary aunt and uncle, Suzy & Jeff Montgomery; honorary cousins, Trey and Spencer and many aunts, uncles and friends. He was preceded in death by his great grandfather, Richard Nelson Funk and great grandfather, Earl Eugene Chapman. A visitation will be held from 4:00 to 7:00 pm on Wednesday, January 5, 2022 in the CONROY FUNERAL HOME. Funeral services will be held at 10:00 am on Thursday in the funeral home with Scott Jones officiating. Burial will follow in Ferncliff Cemetery. In lieu of flowers memorial contributions can be made to the Kenton Ridge Marching Band at any Huntington Bank location. CLICK HERE TO WATCH MATT's FUNERAL SERVICE THE SERVICE WILL BE LIVE STREAMED ON THURSDAY AT 10:00 AM.
To order memorial trees or send flowers to the family in memory of Matthew N. Funk, please visit our flower store.