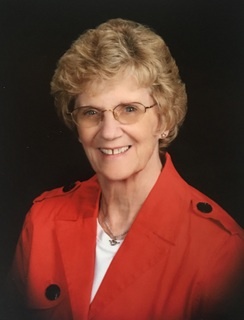 CLARK, Mary T. "Terry", 77, of Springfield, passed away peacefully on March 29, 2020. She was born August 23, 1942 in Springfield, Ohio the daughter of Vincent R. and Patricia L. (Allen) Hannon and raised by her special aunt and uncle, William and Mary (Hannon) McLean. Terry was a 1960 graduate of Catholic Central High School in Springfield. She was a dedicated wife and mother who worked as a gifted homemaker-sewing, gardening, refinishing furniture and volunteering for her children's activities. She later entered the workforce at Whitacre Drug Store for 12 years, Speco for 13 years, then launched her own cleaning business, from which she retired at 67 due to illness. She was a member of St. Bernard Catholic Church and her faith was evident in her compassionate caregiving that many received along the way. Survivors include her three daughters, Kathleen (Read) & Lawrence Leopold, Elizabeth Love, and Michelle Burr; 13 grandchildren: Ryan (Liz Walcott) Clay, Jennifer Clay, Joshua Leopold; Robert Cody (Jordan) Love, Kaitlyn (Lance) Schlosser, Abigail (Robert) Goldsberry, Shane (Carlie See) Love, Olivia Love; Lucas, Anna, & Regan Burr; Lauren and Elizabeth Kilgore as well as 6 great grandchildren; much-loved siblings: sister, Patricia DeWine, brother, Michael "Mick" & Marilyn Hannon; brother-in-law Michael Whitacre and her special former husband Jerry Clark and sister-in-law Karen (Jim) Ross; her McLean cousins, Maria, Billy, John, Marty, and Ann, as well as numerous nieces and nephews. Terry was also a stepparent for many years to Debbie (Roy) Larson, Kim (Eric) Skabla, and Tim (Tammy) Clark, 12 step grandchildren and numerous step great grandkids. She was preceded in death by her parents, a daughter, Angela Kilgore, her twin sister, Sharon Whitacre, her brother, Jack Hannon and her aunt and uncle, William & Mary McLean. The family wishes to express our sadness that we cannot meet as a group for everyone's safety but appreciate your thoughts and prayers. Donations may be made in lieu of flowers to Clark County Senior Services or The American Cancer Society. Private services will be held at the convenience of the family. Arrangements by CONROY FUNERAL HOME. *The funeral will be live streaming here at 11:00 am on Friday morning* WATCH TERRY's FUNERAL
To order memorial trees or send flowers to the family in memory of Mary T. "Terry" Clark, please visit our flower store.