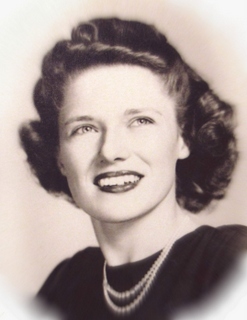 DRENNEN, Mary Margaret, 93, of Springfield, passed away November 8, 2018 in Homestead Healthcare Center. She was born April 11, 1925 in Madison County, Ohio the daughter of Edward and Bertha (Logsdon) Holland. Mary was a member of St. Bernard Catholic Church and VFW #1031. She is survived by four children and spouses, Sharon & Bob Bramble, Kathy & Mark Molinski, Mary Theresa & Brad Collins and Patricia & Dan Rodriguez; five grandchildren, Shane, Brandon and Kelli Ann Collins, and Alexandra and Robert Rodriguez; two siblings, Francis Holland and Raymond Holland; sister-in-law, Ginny Drennen and numerous nieces and nephews. She was preceded in death by her husband, Robert in 1994, son, Robert Drennen, a grandson, Sean Brennan and a special friend, Eugene "Tony" Amicon. Her visitation will be held on Sunday from 1 - 3 p.m. in the CONROY FUNERAL HOME. Mass of Christian Burial will be held on Monday at 10:30 a.m. in St. Bernard Catholic Church. Burial will be held in St. Bernard Cemetery. Memorial donations can be made to the Moorefield Township Fire Department or St. Vincent DePaul.
To order memorial trees or send flowers to the family in memory of Mary Margaret Drennen, please visit our flower store.