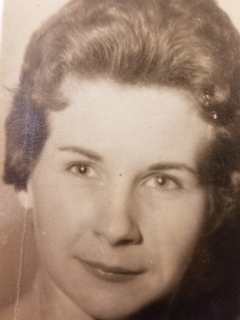 KIRKPATRICK, Mary C., 84, of Springfield, passed away Saturday, April 27, 2019 in the Springfield Regional Medical Center. Mary was born September 11, 1934 in Springfield, Ohio to John R. and Hazel (Davis) Jordan. She attended Catholic Central High School and retired from Mercy Hospital. Survivors include three children, Douglas (Sandy) Kirkpatrick, John (Sharon) Kirkpatrick and James (Lori) Kirkpatrick; numerous grandchildren, including Missie, Rob, Kelly, Jamie and Abby; numerous great grandchildren; one sister, Carol Urie; and several nieces and nephews. She was preceded in death by several brothers, and one sister. Her funeral service will be held on Friday at 1:30 p.m. in the CONROY FUNERAL HOME. Visitation will be held one hour prior, beginning at 12:30 p.m. in the funeral home. Burial will be in Calvary Cemetery.
To order memorial trees or send flowers to the family in memory of Mary C. Kirkpatrick, please visit our flower store.