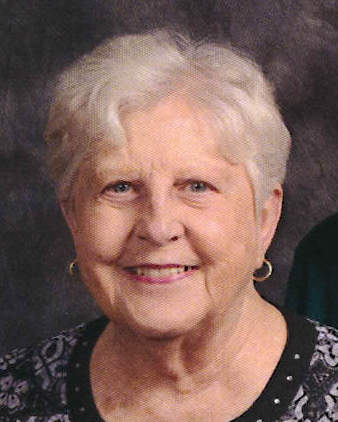 CLARK, Margaret R. "Peggy", 81, of Springfield, passed away Saturday, December 8, 2018 in Oakwood Village. She was born October 2, 1937 in Springfield the daughter of William and Margaret (Haring) Suskitus. Peggy worked as a librarian and later as secretary for Northeastern High School for over 30 years. She was a member of St. Bernard Catholic Church. She and John took numerous trips all over the world with their Elderly United friends. They enjoyed meeting for dinner with their Monday night group. Peggy was an accomplished artist, self-taught in charcoal, watercolor, pencil and numerous other mediums. Survivors include her husband of 62 years, John T. Clark; four children and spouses, Gina & Ronald Hornback, Beavercreek, Joseph T. & Gina Ru Clark, South Vienna, John Steven & Kimberly Clark, Blanchester and Beth Schreier, Springfield; eight grandchildren, Natalie and Samantha, Joey, Kiersteni, Jacob and Tensley, Thomas and Nicholas; four great grandchildren and numerous nieces and nephews. She was preceded in death by her parents and three siblings, Eileen, Shirley and Joe. The family would like to thank all the staff at Oakwood Village for their wonderful care over the last few weeks. Friends may call from 5:00 to 7:00 pm on Friday in the CONROY FUNERAL HOME. A Private Memorial Service will be held at the convenience of the family.
To order memorial trees or send flowers to the family in memory of Margaret R. "Peggy" Clark, please visit our flower store.