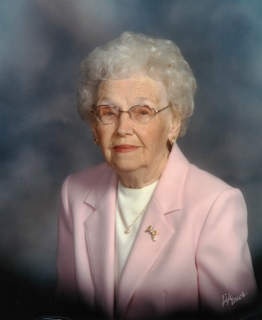 Haemmerle, Margaret Mary, age 104, a longtime resident of Springfield, Ohio, passed away on Friday, February 14, 2020 at St. Leonard Franciscan Living Community, Centerville, Ohio. She was born in Cincinnati, Ohio on June 15, 1915 the daughter of Albert and Agnes (Hutten) Tensing. She was a member of St. Bernard Catholic Church in Springfield for 75 years, where she was a devoted sacristan for 40 years. She was a loving wife, mother, grandmother, great grandmother and a woman of deep faith, who was dedicated to St. Bernard Parish. Survivors include her three children and spouses, James (Jo Ann) Haemmerle of Naperville, Illinois, Mary (Edward) Leyes of New Castle, Indiana and Father Gerald Haemmerle of Centerville, Ohio; eight grandchildren, Steve (Jo Ann) Haemmerle, Linda (Tim) Marth, Lisa (Todd) Miles, Mike (Cathy) Haemmerle, Michael Leyes, Jennifer (Dan) Flinta, David (Anna) Leyes and Brian (Megan) Leyes; 29 great grandchildren; sister-in-law, Alma Haemmerle and many nieces and nephews. She was preceded in death by her loving husband of 58 years, George; four brothers, including her twin, Monsignor Robert Tensing and Albert, Raymond and Richard Tensing and their spouses; three brothers-in-law and spouses and three sisters-in-law and spouses. Mass of Christian Burial will be held at 11:00 a.m. Saturday, February 22 in St. Bernard Church with her son, Father Gerald Haemmerle, celebrant. Her visitation will be held one hour prior to mass in the church. Entombment will be in St. Bernard Mausoleum. A memorial mass will be offered for Margaret Mary at the main chapel at St. Leonard, where she resided the past six years, 8100 Clyo Road, Centerville, Ohio at 9:00a.m. on Monday, February 24. Memorial donations may be made to St. Bernard Church, 910 Lagonda Avenue, Springfield, Ohio 45503. Arrangements handled by CONROY FUNERAL HOME.
To order memorial trees or send flowers to the family in memory of Margaret Mary Haemmerle, please visit our flower store.