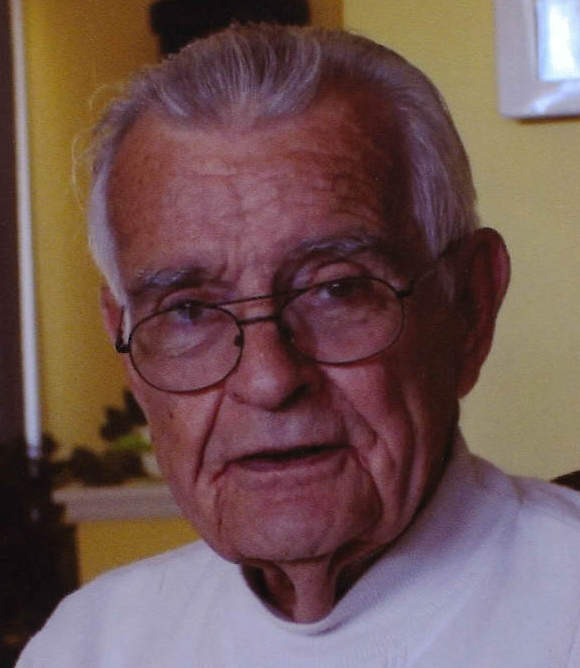 Halk, Louis G., 92, of Springfield, passed away on Sunday, December 22, 2019 in the Urbana Health and Rehab Center, Urbana. He was born in Springfield on April 11, 1927 the son of Nathan and Catherine (Miller) Halk. He was an electrician for many years, working for several different companies. He was a member of St. Bernard Catholic Church and the IBEW. Survivors include his wife, Margaret S. "Peg" (Hanagan); two children and spouses, Michael (Marsha) Halk and Judy (Les) Brown; three granddaughters and spouses, Melissa (Brian) Baker, Maria (Anthony) Wright and Sierra Brown and four great grandchildren. He was preceded in death by a son, Louis Gavin Halk in 2000, three brothers and three sisters. Mass of Christian Burial will be held at 11:00 a.m. Friday in St. Bernard Church. Visitation will be held one hour prior to mass in the church. Burial will be in St. Bernard Cemetery. Memorial donations may be made to St. Bernard Church or Moorefield Township Fire Department. Arrangements by CONROY FUNERAL HOME.
To order memorial trees or send flowers to the family in memory of Louis G. Halk, please visit our flower store.