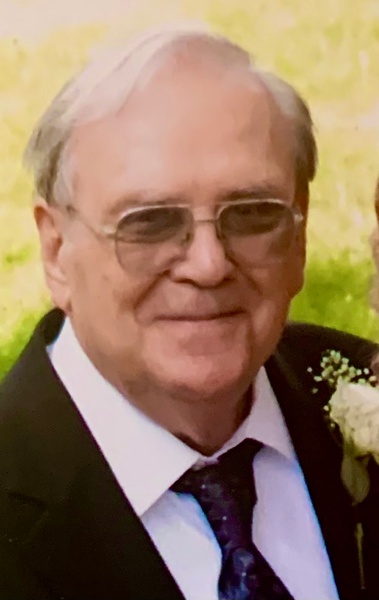 Lee W. Taylor, 92, passed into the arms of the Lord on Sunday, May 15, 2022. Born on August 23, 1929 in Columbus, OH, to the late George G. Taylor and Ruth Helen (Seymour) Taylor, Lee served in the U.S. Navy as an aircraft electrician during the Korean War. He retired from the Speco Division of Kelsey Hayes as an inspector, and then worked as an assembler at Walmart until the age of 86. He volunteered at Springfield Regional Cancer Center for 16 years and served on the Foundation Board. A former pastor, Lee was committed to leading others to the Lord, along with his wife of 40 years, Irene, who preceded him in death. He is survived by a son, Owen (Trudy) Clark; three daughters: Kathy Sahle, Deonna (Chris) Crall, and Regina (Tony) Hannon; stepson: Ray (Terry) Terrell; grandchildren: Matt (Jeanette) Clark and Ron Clark, Katie and Brandon Sahle, Chrisdee (Patrick) Rastatter, Brad (Sharon) Crall, Carrie (Rob) Bell, Tony and Tom Hannon, Randy (Sonia) Terrell and Kristen (Alex) Hills and great grandchildren: Jared and Steven Clark, William, Ivee, Leo, and Abel Rasttater, Reagan and Abby Crall, Chelsea Bell, Sierra and Aidan Hannon. He is also survived by two sisters: Agnes Morrison and Harriett (Mike) Donovan, and his loving companion, Ann Boysel who brought so much joy to his life, and numerous nieces and nephews. He was preceded in death by four sisters: Kathryn (Rosie) Thompson, Georgia Schroeder, Daisy Kelly, and Karen Herron. Lee was a member of Northside Baptist Church, where he served as an usher. He will be remembered as a faithful servant of the Lord, a great story teller who could remember years, dates, and times better than those half his age, his youthful looks (which he attributed to Vitamin E), his positive attitude on living your best life - even when it wasn't so easy at times, and affectionately signing cards to his grandchildren as "Grandpal" which made them giggle with delight. Visitation is Tuesday, May 24, from 5-7 pm at Conroy Funeral Home. Funeral Services will be held on Wednesday, May 25 at 10:30 am, with Pastor Dave Hill officiating. Burial will follow at Pleasant Hill Cemetery. "To be absent from the body is to be present with the Lord." Corinthians 5:8
To order memorial trees or send flowers to the family in memory of Lee W. Taylor, please visit our flower store.