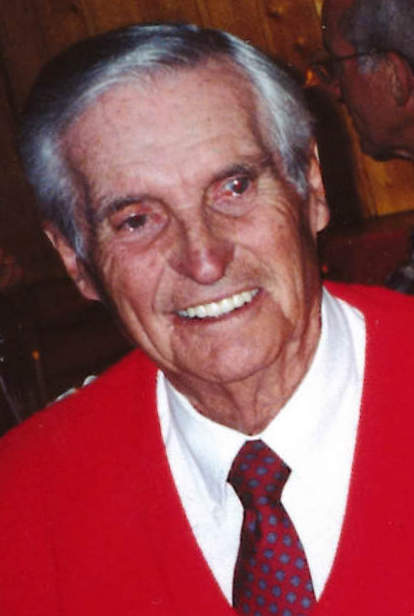 WISE, Kenneth C. "Kenny", 98, of Springfield, passed away Sunday, March 15, 2020 in Oakwood Village. Kenny was born April 28, 1921 in Springfield, Ohio to Clarence and Daisy (Craig) Wise. He was a veteran of the United States Army. Kenny's friendly smile and outgoing personality made him a successful car salesman for 40 years for numerous dealerships. He was a life-long member of Elks Lodge #51 and the Masons, and a past President of the Springfield Liedertafel Club. Kenny was an avid golfer who played regularly until he was 94. He scored numerous holes-in-one and played every course in Clark County. He was inducted into the Springfield/Clark County Baseball Hall of Fame in 2011. Survivors include three children, Sandra (John) Freshour, Patricia (Michael) McClelland and Linda (Darrel) Lytle; daughter-in-law, Cheryl Wise; seven grandchildren; 16 great grandchildren; and special nieces and a nephew. He was preceded in death by his wife, Betty, in 2007; son, Danny; grandson, Craig; and a brother, James. The family would like to thank the staff of Oakwood Village, Woodlands Assisted Living for their attentive and compassionate care of Kenny. Due to the circumstances at this time in our world, the family has made the difficult choice to hold a private service. A memorial celebration will be held at a later date. Memorial donations may be made to a charity of your choice. Condolences may be left at conroyfh.com. Arrangements by CONROY FUNERAL HOME. *CLICK the link below to watch the live stream of the funeral service. (Service Starts at 11:00 am EST) WATCH KENNETH's FUNERAL
To order memorial trees or send flowers to the family in memory of Kenneth C. "Kenny" Wise, please visit our flower store.