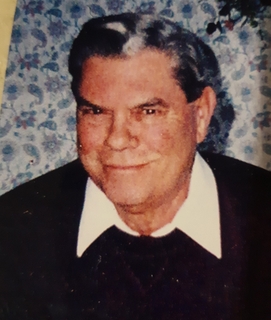 FEARN, Joseph Richard "Dick", 91, of Springfield, passed away Sunday, September 29, 2019 in Springfield Regional Medical Center. Dick was born December 5, 1927 in Springfield, Ohio to Francis and Ruth (Cave) Fearn. He retired from IHC in 1996, where he worked as a welder and heat treater for 42 years. He was also a member of St. Bernard Church, and was a veteran of the United States Navy and served on the USS Dayton as a Radioman. He was an avid baseball fan and was drafted by the New York Giants in 1948. He then went on to coach numerous teams of all age levels in Springfield, and was inducted into the Springfield/Clark County Baseball Hall of Fame in 1979. Dick was also a member of the Elks Lodge #51 and UAW Local 402. Survivors include his wife of 70 years, Patricia A. (Duffy) Fearn; three children, Kathleen Fent, Kevin (Caroline) Fearn and Todd Fearn; 7 grandchildren; 4 great grandchildren; several nieces and nephews; and many special friends, including Trudy Botkin, Debbie Hoover and Mark Miller. He was preceded in death by a sister, Delores Fearn. Inurnment will be held in Dayton National Cemetery at a later date. Memorial contributions may be made to Honor Flight Dayton. Arrangements are being handled by CONROY FUNERAL HOME.
To order memorial trees or send flowers to the family in memory of Joseph Richard "Dick" Fearn, please visit our flower store.