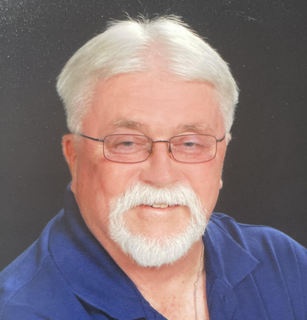 DERR, John W., 74 of Springfield, passed away on Friday, April 8, 2022 in his home. He was born in Springfield on February 7, 1948 the son of Paul and Mary (Murray) Derr. He was a 1966 graduate of Catholic Central High School, where he was a member of the Boosters, Alumni Association, an original member of their Board of Trustees, was the first coach and began their men's Soccer program in 1983. John was a member of St. Raphael Catholic Church and former member of St. Mary Catholic Church. He also coached Central Baseball and Softball and was a Green Blazer recipient. John also served in Vietnam with the U.S. Marine Corps, was a member of Knights of Columbus #624, retired from Ohio Edison in 2008 after 35 years of service and spent 10 years as a member of the "Sports Scene" Broadcast Team and worked color on High School Sports at WBLY/WULM. Survivors include his wife of 53 years, Peggy (Rogusky); two children and spouses, Todd (Maggie) Derr and Stacey (Rob) Webster; three grandchildren, Ethan and Avery Derr and Meyer Webster; brother and sister-in-law, Mark (Lora) Derr; sister, Mary Derr; nieces and nephews, Emily Derr and J.P. Derr and fiancÃ©, Danielle Workman, Julie (Jacob) Krupp, Joey (Reese) Parham, Bryan (Kate) Rogusky, Chris (Heather) Rogusky, Anikka and Shanti Sellz and sister-in-law and brother-in-law, Theresa (Steve) Parham. He was preceded in death by his parents; in-laws, Charlie and Mary (Meyer) Rogusky; sister-in-law, Susan Rogusky and brother-in-law, Dan Rogusky. The family would like to thank the Moorefield Township Fire Department and EMS for their efforts and kindness. Visitation will be from 4:00-7:00 p.m. Tuesday in CONROY FUNERAL HOME. Mass of Christian Burial will be held at 10:30 a.m. Wednesday in St. Raphael Church. Entombment will be in St. Bernard Mausoleum. Memorial donations may be made to the Catholic Central PTO or Catholic Central Boosters.
To order memorial trees or send flowers to the family in memory of John W. Derr, please visit our flower store.