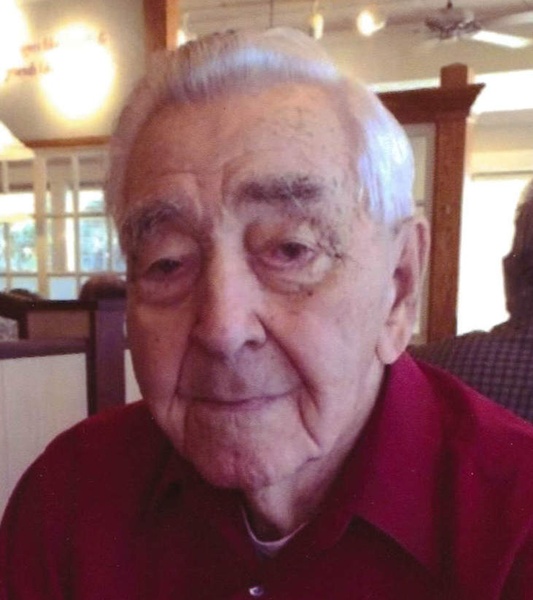 McMullen, John "Mac," 92, of Springfield, passed away December 17, 2018 at Forest Glen Health Campus. John was born in Greenfield, Ohio on November 28, 1926 to Ernest and Edna (Merriman) McMullen. He drove truck for 38 years for Cooper Energy before retiring, at which time he moved to Arizona and drove a school bus for 18 years for Fort McDowell Yavapi Nation. He was an avid baseball and basketball player for many years and after moving to Arizona he enjoyed playing golf with his many friends. He is survived by daughters Mickie (Paul) Bradshaw and Jeane Loughridge; grandchildren, Carey (Crystal) Meredith and Tami (Bob) Arnold; great grandchildren, Kassie (Bryan) Coffman and Sara (Scott) Wright; great-great grandchildren, Olivia and Conor; stepsons, Doug (Brenda) Dyer, Don (Robin) Dyer and Mike & Mark McNutt; step grandchildren, Daniel, Dillon, Chad, Gwen and Dee; many numerous other family members. He was preceded in death by his first wife, Phyllis; second wife, Dorothy; third wife, Helen; and a brother, Hamilton. He was a lifetime member of the Fraternal Order of Elks, VFW and American Legion. There will be a viewing at CONROY FUNERAL HOME, 1660 E. High Street on Saturday, December 22 from 2pm to 4pm. There will be no services at this time. In lieu of flowers, memorial contributions may be made to the Elks #51 Wounded Veterans Golf Scramble.
To order memorial trees or send flowers to the family in memory of John "Mac" McMullen, please visit our flower store.