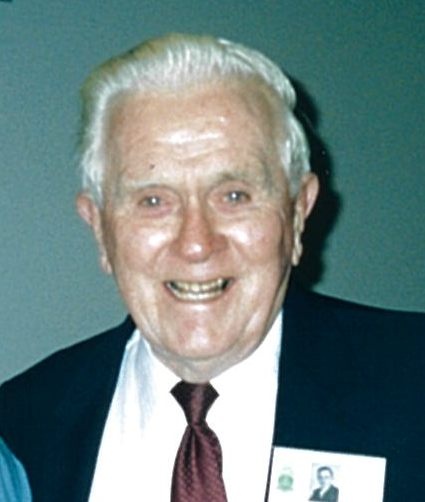 Kelly, John J., of Springfield, passed away on Sunday, June 26, 2022 in his home.  He was born March 16, 1925 in Springfield to Joseph W. and Catherine M. (Linnane) Kelly.  John retired from Ameritech in 1986 after 39 ½ years of service.  He was a long-time member of St. Bernard Catholic Church, where he was in the choir and an usher. John was a World War II veteran, serving with the U.S. Navy in the South Pacific.  Survivors include his three children, Christine Callahan, Joseph (Heidi) Kelly and Mary (Steve) Cornell; son-in-law, Michael Bassell; six grandchildren; seven great grandchildren and several nieces and nephews.  He was preceded in death by his wife, Carol; daughter, Kathleen Bassell; grandson, Mark; brother and spouse, James W. and Jane Kelly and son-in-law, James T. Callahan.  Mass of Christian Burial will be held at 11:30 a.m. Thursday in St. Bernard Church.  Visitation will be held in the church from 10:00-11:30 a.m.  Burial will be in St. Bernard Cemetery.  In lieu of flowers, memorial donations may be made to St. Bernard Church or the Animal Welfare League of Springfield.

To order memorial trees or send flowers to the family in memory of John Kelly, please visit our flower store.