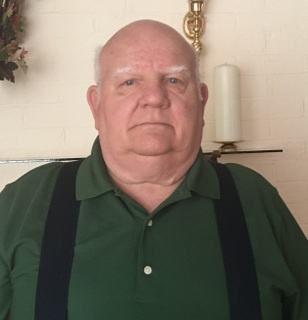 Crispino, John J., 76, of Springfield, passed away at 5:37 p.m. Friday, March 22, 2019 in Springfield Regional Medical Center. He was born in Steubenville, Ohio on November 1, 1942 the son of Felix and Florence (Gribbin) Crispino. He was a 1960 graduate of Catholic Central High School in Steubenville. John served for 34 years in the U.S. Air Force and Ohio Air National Guard, before retiring as Chief Master Sergeant. He was a member of the Knights of Columbus #624, Ohio Association of Football Officials and the Ohio High School Hall of Fame for Officials. John was also a Green Blazer winner at Catholic Central High School in Springfield for his many years of volunteering for girls volleyball, basketball and softball. Survivors include his wife, Rita A. (Jordan); two children, Christopher Crispino and Denise (Bob) Arnold and his two grandchildren, Jordyn, his pride and joy and Kendra. He was preceded in death by his grandson, Andrew. Visitation will be held from 4-7 p.m. Tuesday in CONROY FUNERAL HOME. Mass of Christian Burial will be held at 10 a.m. Wednesday in St. Bernard Church. Burial will be in St. Bernard Cemetery. Memorial donations may be made to the Catholic Central Athletic Department.
To order memorial trees or send flowers to the family in memory of John J. Crispino, please visit our flower store.