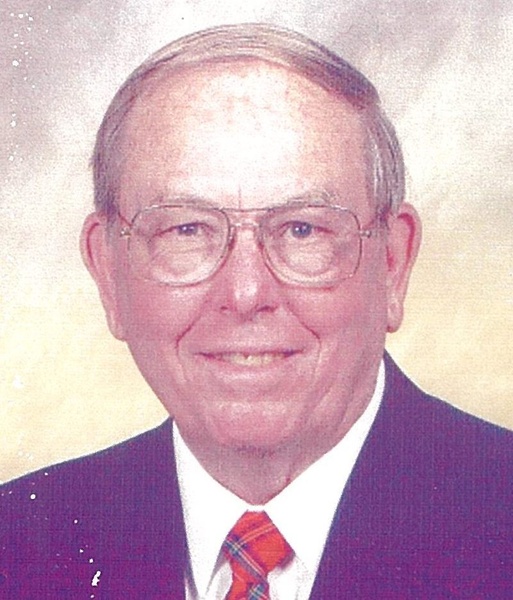 HAMILTON, Jr., John William “Jack”, 86, of Springfield, passed away on Saturday, July 23, 2022 surrounded by his loving family after fighting a battle with Pancreatic Cancer. He was a loving husband, father, grandfather, great grandfather and father-in-law. Jack was born on May 20, 1936, to the late John “Jack” and Hazel (Eichelman) Hamilton in Springfield, Ohio.  He graduated from Northeastern High School in Clark County, Ohio and received an honorary diploma from Catholic Central High School.  He also graduated from Cleveland School of Electronics in 1957.  Jack was employed at WIZE AM Radio/Great Trails Broadcasting for 30 years.  From 1957 to 1962, he worked as an engineer and then from 1962 to 1978, he sold advertising. In 1978 he was promoted to Vice-President of Sales where he remained until his retirement in 1986.  After a short time, he went back to work part-time selling advertising for WBLY.  He was a member of the 178th TAC, Ohio Air National Guard for six years.  Jack really enjoyed his time spent volunteering at the Clark County Historical Society, St. Vincent DePaul, the Clifton Historical Society and the Hustead and Clifton Fire Departments. He was a long-time member of Saint Joseph’s Church where he loved singing in the choir.  He stayed until he was no longer able to navigate the steps to the choir loft at the church. He then became a member of Saint Bernard’s Church and remained active up until his death. Jack was preceded in death by his parents, whom he adored, and his first wife of 32 years, Mary R. (Sherrard) Hamilton. Jack is survived by his second wife of 32 years, Barbara C. (Hengel-Walsh) Hamilton of Springfield; 2 daughters, Beth Anne (Gary) Furay of Xenia, Kerry (Chad) Curry of Wesley Chapel, Florida; 1 son, John W. (William Robinson) Hamilton of Springfield. He was also blessed by 3 step children, Gayleen Parker, Bellefontaine, OH, Joe (Jen) Walsh of Powell, OH and Steve (Sara) Walsh of Cumberland, KY.  He was overjoyed with his 13 grandchildren and 8 great grandchildren and loved spending time with them as much as possible. Jack had a life-long love of amateur radio and obtained his Operators/HAM license at the age of 15 and continued enjoying talking to people around the world up until his death.  He had many local friends that are HAM operators as well. His call letters were W8JNK. He was also an avid American History buff and very proud of being inducted into the Sons of the American Revolution, Sons of the War of 1812 and Sons of the Confederacy. He was also an honorary Kentucky Colonel.  Jack and his wife Barbara enjoyed spending countless hours with their family, friends and grandkids at their summer home at Indian Lake.  He also enjoyed spending time with his grandson, Jon W. Kellough at his cabin in Jackson, Ohio where he taught Jon how to fish, hunt, shoot guns and ride a 4-wheeler. Later he enjoyed traveling with Barbara across the country and across the Atlantic. Wherever he traveled, their first stop was always a historic cemetery. Barbara says that she was always having her picture taken sitting on top of some head stone.  He also enjoyed walking with his friends and his Thursday night dinner guys. Jack will be sadly missed. Visitation will be held on Wednesday, July 27 from 4 p.m. to 7 p.m. in the CONROY FUNERAL HOME. A Mass of Christian Burial will be held on Thursday, July 28 at 10:30 a.m. in St. Bernard Church. Burial will be held at a later date. In lieu of flowers, memorial contributions may be made to the International Fellowship of Christians and Jews, www.ifcj.org, Second Harvest Food Bank or St. Vincent DePaul.

To order memorial trees or send flowers to the family in memory of John William "Jack" Hamilton, Jr., please visit our flower store.