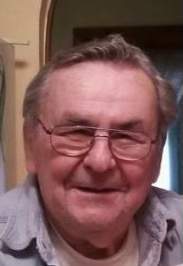 John F. (Jack) Murray, 91, left this world to be with the Lord and his beloved Charlene, on December 14, 2021 at Springfield Regional Medical Center. Jack was born on May 6, 1930, in Springfield, Ohio, to Helen (McDonough) and John F. Murray, Sr. He was predeceased by his cherished wife of nearly 62 years, Charlene (Murrey,) his grandson, Jonathan Hunter, his parents, his oldest sister and her husband, Mary K. (Mert) and Paul Derr, his only brother, F. Joseph (Bud) Murray and his wife, Shirley, and his niece, Michelle Gnau. Jack had a faithful canine companion, Beau, for many years. Surviving Jack are his six children and five sons-in-law: Kimberly 'Bo' (Steve) Hunter, Marcus 'Marc' (Sue) Murray, Melissa 'Sis' (Wes) Masters, Shannon (Bob) Spinazzola, Shawn (Tonya) Murray, and Heather Jacobs; 14 grandchildren, and 25 great-grandchildren. He leaves behind his four dearly loved younger sisters and their spouses: June 'Junie' (Robert) Clingerman, Helen Hankel, Rita 'Rick' (Robert) Everhart, and Patricia 'Patty' Murray, and many nieces and nephews. And his very best friend - Ted Oberly. Jack graduated from Catholic Central High School in 1948. Jack honorably served in the Navy during the Korean Conflict on the USS Dixie, a Naval repair ship. Out of his other accomplishments while on board ship, he became a competent boxer, winning all of his matches! Through the years, Jack was employed in several fields, but he always said the job he should have been doing all along was that of a welder, retiring after working over 20 years for the Plumbers and Pipefitters Union, Local #162. For the past 7 years, until quite recently, Jack had lived in Newark with his daughter and son-in-law, Shannon and Bob Spinazzola, where he made new friends and neighbors, and enjoyed many family gatherings there. Jack enjoyed various activities. He loved telling his embellished stories, woodworking in his barn, walking Beau along the railroad track behind his home, and spending good times with his family and friends, including his 'band of brothers' - Paul (Toad) Hazlett, Curt Miller, Gary Smith, and Jerry Waugh. Jack was a longtime member of St. Charles Borromeo Catholic Church in So. Charleston. The family is being served by the CONROY FUNERAL HOME in Springfield. Services will be on Monday, Dec. 20, 2021. Visitation will be held from 9:00 a.m. - 10:45 a.m. in the Parish Hall at St. Charles Borromeo, So. Charleston. The funeral Mass will follow at 11:00 a.m. Burial will take place at St. Charles Cemetery following the funeral. Donations may be made in Jack's name to The Second Harvest Food Bank of Springfield and/or St. Jude Children's Research Hospital.
To order memorial trees or send flowers to the family in memory of John F. "Jack" Murray, please visit our flower store.