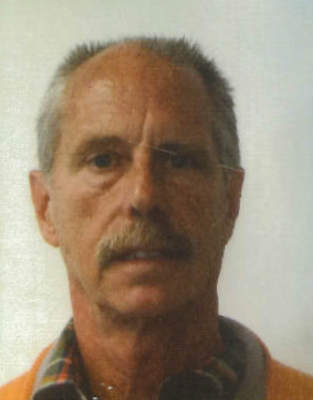 McConnell, John C. "Jay", 69, of Springfield, went to his heavenly home Sunday, March 11, 2018. He was born in Springfield on October 25, 1948 the son of John H. and Annie Lee (Edgewood) McConnell. Jay was married to June (Powers) McConnell for 37 years. He graduated from Clark State Community College with an Associate's Degree in Mechanical Engineering. He retired after 42 years of service at Andritz Inc. (formerly Bauer Bros.). Jay served as a U.S. Army Medic stationed in Anchorage, Alaska. Jay was an active member in The Rock Community Church, where he was an Elder, a Sunday school teacher, and on the finance committee. Prior to that he served as a trustee at Central Christian Church. He was a longtime member of the Emmaus community. Jay was a volunteer at Community Mercy Hospice for 25 years participating in Angels by the Bedside and a new veterans pinning program. In 2015, Jay was recognized for his 2,300+ hours of volunteer service when he received Midwest Care Alliance's Volunteer of the Year award. Jay also completed the Dogtors pet therapy training with one of his dogs. He loved dogs and had many dogs of all breeds and sizes over the years. He was a frequent blood donor for over 30 years, giving over 100 pints. He was a Mason and a member of the Scottish Rite. Jay was known among friends and family as a renaissance man. Over the years he enjoyed a variety of interests including windsurfing, skiing, cycling, mountain biking, and ice hockey. He was a marathon runner, completing the Boston (3:09) and Houston marathons as well as multiple Columbus marathons. He played stand-up bass in a gospel bluegrass band, crafted custom miniature furniture, and made a mean cherry pie and incredible deviled eggs. In addition to his many interests and talents, he will be remembered for his generous ways, love of family, sense of humor and overall vibrant love of life. Jay is survived by wife, June P. (Powers); daughter, Mollie McConnell of Columbus; three siblings, Sue Gower of Houston, Texas, Michael (Kathy) McConnell of West Chester, Ohio and Barbara McKeever of Urbana, Ohio; mother-in-law, Joan Cappelli of Clearwater, FL; sister in-law Jane (Powers) Baker and husband Larry of Belle Center, Ohio; and many nieces and nephews. He was preceded in death by two brothers-in-law, John Gower and James McKeever. A celebration of his life will be held at 12:00 p.m. Saturday in CONROY FUNERAL HOME with Pastor Robert Martin officiating. The family will receive friends one and Â½ hours prior, beginning at 10:30 a.m. Memorial donations may be made to Community Mercy Hospice.
To order memorial trees or send flowers to the family in memory of John C. "Jay" McConnell, please visit our flower store.