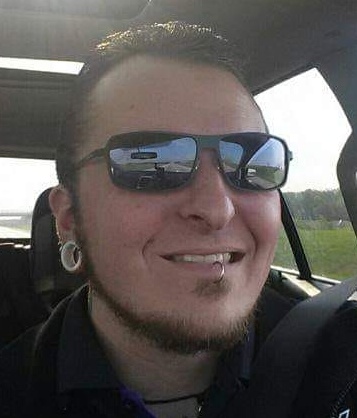 SPARROW, Jason A., 32, of Springfield, passed away unexpectedly on Friday, August 21, 2020 in Carrollton, KY. Jason was born September 30, 1987 in Springfield, Ohio to Douglas and Deborah (Griffith) Sparrow. He was a 2005 graduate of Twin Valley South High School. One of his biggest passions was listening to music and playing the drums. He loved his Star Wars Black Series figures and enjoyed playing PS4 video games. He also loved helping others and giving advice. In addition to his mother, he is survived by three children, Clevee, Luke and Jayce; two brothers, Aaron (Stephanie Boyer) and Jeremy; two sisters, Nicole and Kandis; grandmother, Pauline Griffith; two aunts, Vickie Shaffer and Barb Sparrow; an uncle, David Sparrow; and numerous nieces, nephews and cousins. He was preceded in death by his wife, Sarah; his father, Doug; both grandparents on his father's side, and his grandpa on his mother's side. A private memorial service will be held at the convenience of the family. Arrangements by CONROY FUNERAL HOME.
To order memorial trees or send flowers to the family in memory of Jason A. Sparrow, please visit our flower store.