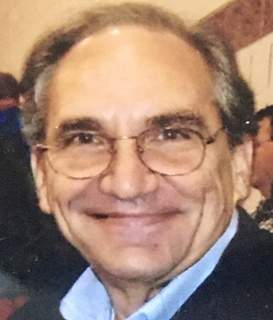 PENCE, James W. "Bill", Jr., 76 of Springfield, passed away Friday, March 26, 2021 in Hospice of Dayton. He was born August 11, 1944 in Riverside, NJ the son of the late James W. and Anna (Horton) Pence, Sr. James was the owner and operator of his own manufacturing business in Springfield for over 40 years. He particularly enjoyed traveling to trade shows and visiting clients on sales calls. He loved his family dearly, traveling to Hilton Head Island with them every year since the mid-1970's and especially enjoyed spending time with his grandchildren. James took every opportunity to pass his knowledge on to his family and co-workers. Survivors include his wife, Sharon (Bangart); one daughter and spouse, Nicole & Jeff Schartz; four grandchildren, Haily and Hannah Schartz and Chase and Caitlin Benning; two nieces Kim and Wendy. He was preceded in death by a daughter Michelle Pence-Benning in 2012 and his sister, Judy. Funeral services will be held at 10:30 am on Saturday in the CONROY FUNERAL HOME with Pastor Bruce Kramer officiating. Visitation will be held one hour prior beginning at 9:30 am. Burial will follow in Glen Haven Memorial Gardens. Memorial donations can be made to Hospice of Dayton or the Alzheimer's Association.
To order memorial trees or send flowers to the family in memory of James W. "Bill" Pence, Jr., please visit our flower store.