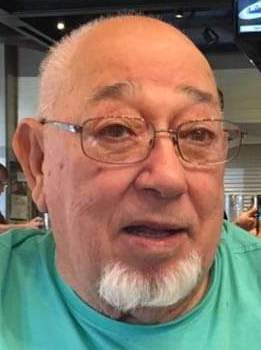 IRWIN, Jack R., 82, passed away peacefully on Thursday, March 4, 2021 in Southbrook Care Center. He was born June 25, 1938 in Lewistown, Illinois the son of Paul and Rebecca (Jockisch) Irwin. Jack worked on his family farm in Lewistown growing up and continued to work on the farm while he worked for International Harvester in Canton, IL. In 1984 he and his wife Carol moved to Springfield where he worked for Navistar until his retirement in 1997. Jack was a United States Army veteran having served in Korea during the Korean Conflict. He was a member of the American Legion and Moose Lodge. Survivors include his wife, Carol (White); two children, Jon Irwin and Julie (Daniel) Payne; six grandchildren, Lynne Booth, Torri and Kyle Irwin, Zachary, Dylan and Kaitlyn Payne; five great grandchildren, Ryleigh, Casen, Colt, Camden and Felix; three siblings, Judith (Joe) Willcoxen, George Irwin and David (Juanita) Irwin and several nieces and nephews. He was preceded in death by his parents and a great grandson, Calan. Private funeral services will be held at the convenience of the family. Burial will be in Calvary Cemetery. In lieu of flowers memorial donations can be made to The National Kidney Foundation. Arrangements by CONROY FUNERAL HOME. The funeral services will be streamed online here at 1:00 pm on Tuesday. CLICK HERE TO WATCH JACK's FUNERAL SERVICE
To order memorial trees or send flowers to the family in memory of Jack Irwin, please visit our flower store.