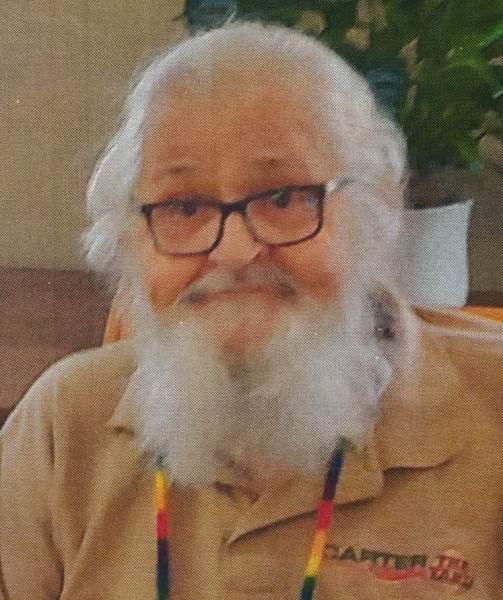 RUTAN, Irvin E. "Rudy", 92, of Springfield, peacefully went to be with Jesus and Fred surrounded by loving family members on Thursday, April 8, 2021. Rudy was the son of Clyde and Mable (Balch) Rutan. He was born April 4, 1929 in Gallipolis, Ohio, although the family later moved to Springfield, where Rudy lived most of his life. Rudy quit school and joined the Navy in 1946, serving active duty in WWII on the U.S.S. Franklin D. Roosevelt in the Mediterranean. He became a pro wrestler after his honorable discharge where he received his nickname, Rudy. He worked for the railroad, and on his first time out on a train was involved in a massive accident. Rudy worked numerous jobs, but loved working with his hands and carpentry the most. This led to his Civil Engineering position at WPAFB where he retired in 1984. Rudy and Fred did outdoor ministry in Colorado and Pennsylvania. Rudy also ran Securit Storage in downtown Columbus for several years. Rudy and Fred were the leaders of a Christian clown troupe at St. Luke's UMC Columbus for many years. He loved hiking, camping, kayaking, white water rafting and spending time with family. In addition to his parents, he is preceded in death by the love of his life, Elaine "Fred" (Peters) Rutan; and two brothers, Clyde Jr. and Walter. He is survived by his children, Deb (Bill) Cannon, Stephan (Lucinda) Gill, Irvin Paul (Rusty) Rutan Tom Gill, Ken Gill and Ronald Rutan; 15 grandchildren; 25 great grandchildren; two great-great grandchildren; sister-in-law, Mickie (Russ) Palmateer; numerous nieces and nephews, especially Robert Rutan and Michele Wells; and many friends, including Mary Massey and many others, including the staff at Springfield Assisted Living. Rudy was loved by all and will be greatly missed. A private memorial service will be held at the convenience of the family. Memorial donations may be made to the Medway VFW Post 9684. Arrangements by CONROY FUNERAL HOME.
To order memorial trees or send flowers to the family in memory of Irvin E. "Rudy" Rutan, please visit our flower store.