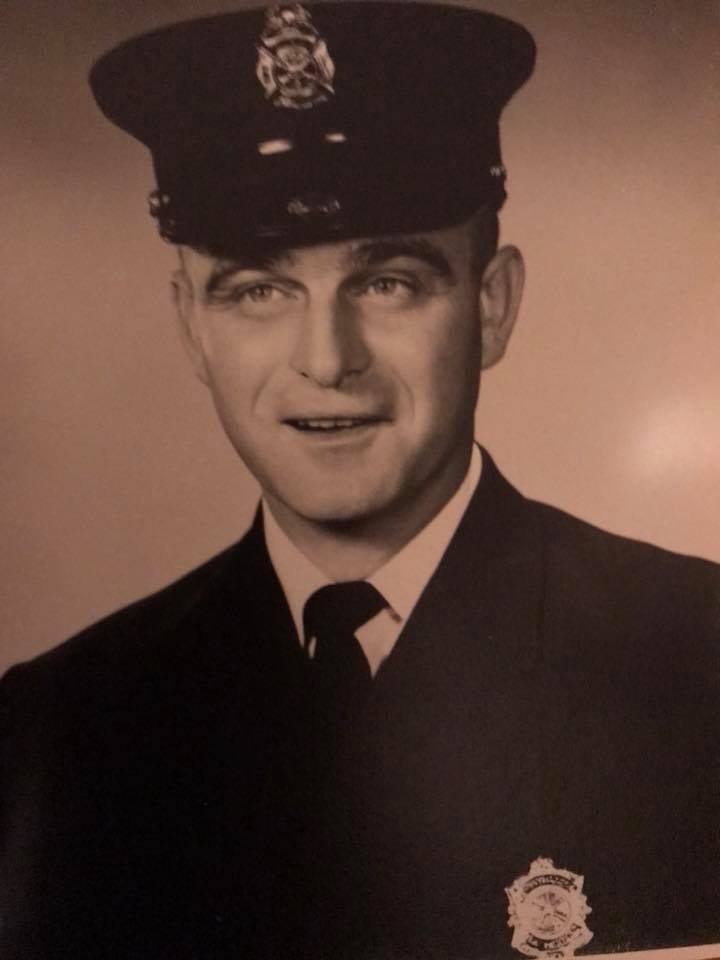 ADKINS, Harold E. "Eddie", 95, of Springfield, passed away Saturday, February 13, 2021 in Social Row Transitional Care in Centerville, Ohio where he had lived for several years. He was born in Springfield on December 25, 1925 the son of the late Walter and Alice (Mowery) Adkins. Eddie was a United States Marine Corps veteran having served in WWII. After returning home he worked as a Lieutenant for the Springfield Fire Department for 27 years. He loved his family and was a dedicated father and grandfather to his kids and grandchildren. Eddie loved sitting in the sun at the reservoir or the Wharf in San Francisco, going for drives in the country no matter where he was going, Schuler's Donuts, ice cream, dancing and his beloved Springfield. Survivors include three children, Mark (Jeanette) Adkins, Brian (Nilsa) Adkins and Vanessa (Richard) Fletcher; grandchildren, Amy Adkins DeWine, Mike (Sheila) Earley, Jennifer (Jeff) Smith, Cristina (Kevin) Baynes and Ashley Fletcher and several great grandchildren. He was preceded in death by his wife, Helen Marie (Hornberger) in 2014 and a grandson, Brad. A Mass of Christian Burial will be held at 2:00 pm on Tuesday, February 16, 2021 in St. Raphael Catholic Church. Burial will follow in Calvary Cemetery. In lieu of flowers memorial donations can be made to Box #27 c/o Denise, 350 N. Fountain Ave., Springfield, OH 45504 or Crossroads Hospice, 8069 Washington Village Dr., Dayton, OH 45458. Arrangements by CONROY FUNERAL HOME.
To order memorial trees or send flowers to the family in memory of Harold E. "Eddie" Adkins, please visit our flower store.