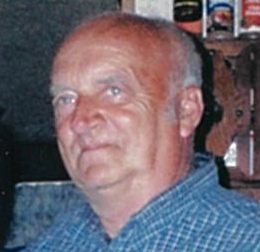 KENNEDY, Harlan A., 83, of Springfield, passed away Friday, May 27, 2022 in Springfield Regional Medical Center. Harlan was born May 3, 1939 in Springfield, Ohio the son of Virgil E. and Hazel O. (Greene) Kennedy. He was the Owner and Operator of Kennedy's Towing and Repair Service. He was a well-known mechanic who would give you anything and do anything for you. He became friends with anyone he met along the way. Survivors include his loving wife of 54 years, Judith (Doyle) Kennedy; three children, Lisa (Paul) Campbell of PA, Harland E. Kennedy and wife of Springfield, and Jennifer L. McCormick of Springfield; numerous grandchildren, great grandchildren and nieces and nephews; and many friends. In addition to his parents, he was preceded in death by seven brothers and sisters. A Celebration of Life will be held on Thursday at 2:00 p.m. in the CONROY FUNERAL HOME. Visitation will be held 1 1/2 hours prior, beginning at 12:30 p.m. in the funeral home. Burial will follow in Rose Hill Burial Park.
To order memorial trees or send flowers to the family in memory of Harlan A. Kennedy, please visit our flower store.