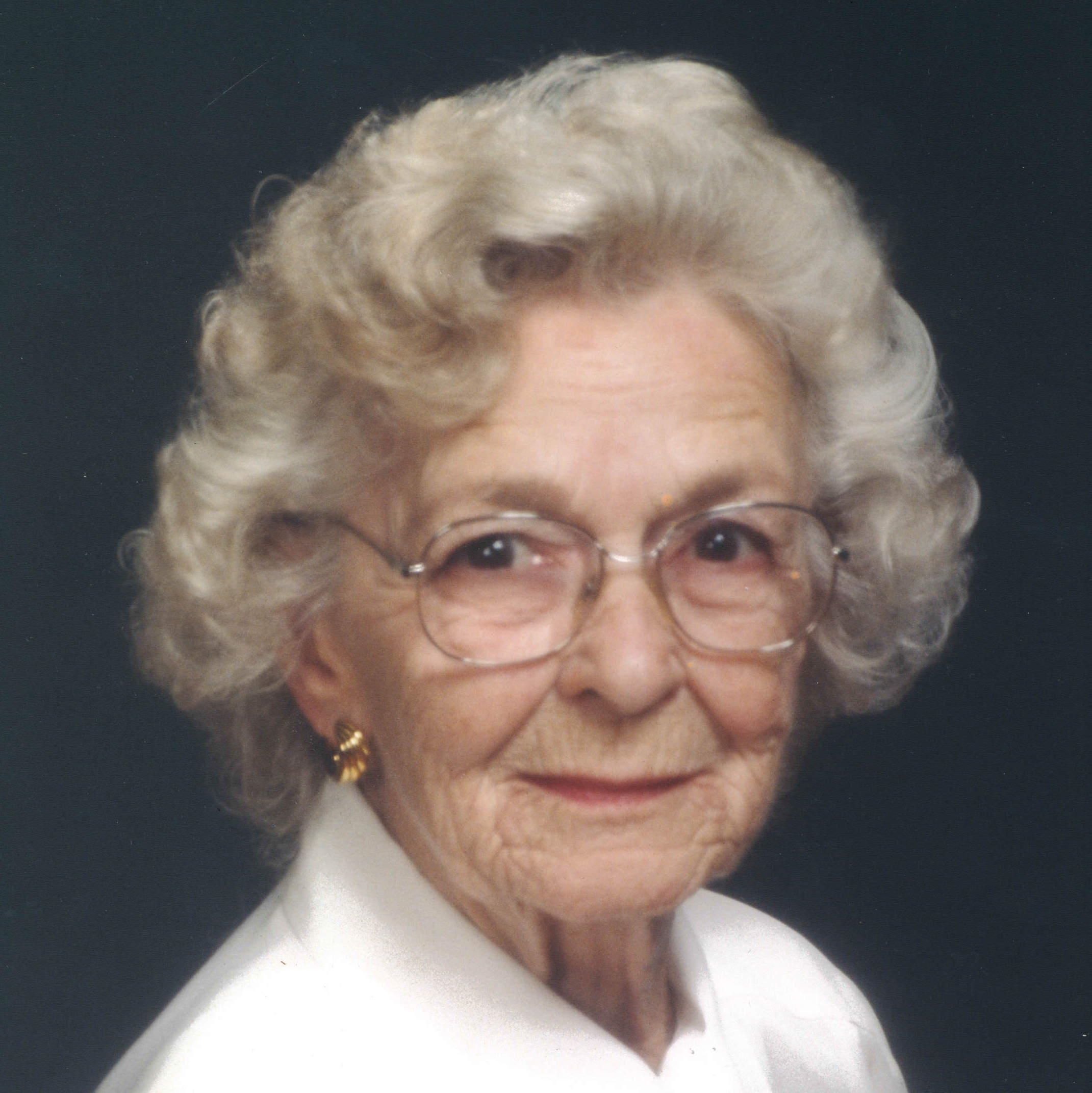 Kitchen, Glenna M., 99, of Springfield, Ohio passed away October 21, 2020 at Forest Glen Health Center where she became a resident at age 97. Glenna was born in Springfield, Ohio on March 31, 1921. She was the daughter of Carl and Marie (Laughlin) Mowery. She married Forest L Kitchen in Liberty, Indiana, August 21, 1954 and they resided in the "shack" that Forest built in Champaign County. Glenna and Forest had a daughter, Beckie (Bob) Baker and son James (Patti) Kitchen. Glenna was lovingly referred to as Gran K by her grandchildren. Glenna retired from The Ohio Thermometer where she was the Purchasing Agent. She was an active member of Grace United Methodist Church and enjoyed cooking and baking pies for church suppers. Glenna was known for her special pies. During the holidays, Gran K treated all the family to their favorite pies with homemade whipped cream. Glenna was a member of The Woman's Town Club where she enjoyed playing cards and lunching. She dearly loved and was very proud of her children and grandchildren. She is survived by her daughter, Beckie & Bob Baker, daughter -in-law Patti Kitchen. Glenna had four grandchildren: Nicki (Matt) Warye, Jodi (John) McKinney, Jamie (Mike) Marshall and Julie (Scott) Wernert; seven great-grandchildren: Conner (Megan) Warye, Logan Warye, Sam and Owen McKinney, Caitlin and Kellen Marshall and Colton Wernert, One great-great grandchild, Jackson Warye and many nieces, nephews and cousins. Glenna was preceded in death by her parents, husband, Forest, son, James F. Kitchen, two sisters, Beatrice and Donna and two brothers Everett and Homer. Gran K will be dearly missed by her family. Private memorial services will be arranged by Conroy Funeral Home at future date. The family would like to thank the Forest Glen Health Campus staff members, nurses, aides, housekeepers and volunteers for their care, companionship and friendship during her stay as well as Ohio's Hospice of Dayton, Ohio. Memorial donations may be made to Grace United Methodist Church, 1401 West Main St., Springfield, Ohio 45504 or The Women's Town Club, PO Box 652, Springfield Ohio 45501.
To order memorial trees or send flowers to the family in memory of Glenna M. Kitchen, please visit our flower store.