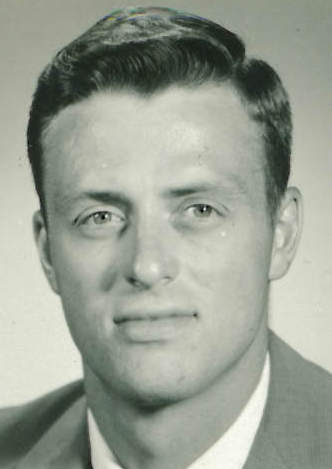 BONER, Gerald L. "Gerry", 85, of Springfield, passed away Sunday, November 8, 2020 in his home. Gerry was born February 13, 1935 in Granville, Ohio to Lester and Marcella (Gaddis) Boner. He graduated from Ohio State University with a BME, from the University of Dayton with a BSEE and an MBA and was an Engineer for Cooper Energy for 22 years. He was also a member of the Springfield Church of Christ. He was in a barber shop chorus, enjoyed go kart racing and collecting vintage cars. Gerry was a dedicated husband and father who was always involved in family life and his children's activities. He could fix literally anything, and he often did. Survivors include his loving wife, Carol A. Boner; three children, Sheryl (Ed) Chen, Teresa (Phil) Campbell and Denise (Milton) Bowlen; two step-children, Sheri Susaeta and Eric Stith; a brother, Dr. Garnard (Donnie June) Boner; grandchildren, Tyler (Karman) Ogden, Jerrin Ogden, Devin Chen, Asa Chen and Kristin Campbell; great grandchildren, Kayla, Brayden and Emerson Ogden; and numerous nieces. In addition to his parents, he was preceded in death by a son, Bruce Boner; sister, Lois (Robert) Scott; and a step-son, Richard P. Stith. Due to Covid-19, no services will be held at this time. Memorial donations may be made to Hospice of Dayton or the Springfield Church of Christ. Arrangements by CONROY FUNERAL HOME.
To order memorial trees or send flowers to the family in memory of Gerald L. "Gerry" Boner, please visit our flower store.